Three besties go wild in Manhattan the night before their friend’s wedding in a movie that takes the wedding party to whole new level of crazy. There is not one pre-wedding ritual that doesn’t get twisted and flipped on its veiled head. 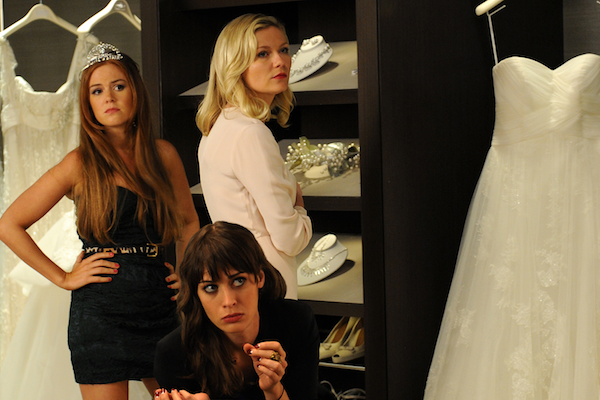 Perfect for anyone who’s ever been a bridesmaid
and hated that ugly dress!

Uptight socialite, perky and pretty Reagan (Kirsten Dunst) is the maid of honor for her longtime friend Becky (Rebel Wilson), a large, sweet girl who had the nickname “Pig-Face” in high school. While Reagan should be happy for her friend for finding Mr. Right, Reagan is tortured by the fact that Becky made it down the aisle first, despite her inferior bod. Yes, Reagan is a selfish little twat, but that’s where the fun begins for this Bridesmaids-meets-Mean-Girls movie.

Joining the wedding party are Becky and Reagan’s two other best friends, Katy and Gena (Isla Fisher and Lizzy Caplan), a couple of slacker, party girls who are excited to get their drink (and drugs) on. 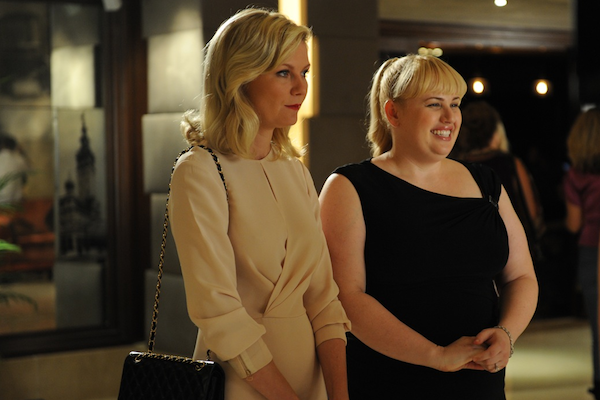 While Becky wants to hang with her family the night before the wedding, Katy and Gena convince Reagan to go a little wild, starting with indulging in a few lines of coke — and that’s when the raunchy good time begins.

Just like any good night of debauchery, Bachelorette includes a stripper pole, destruction of a hotel room, and one nasty nose bleed from snorting too much blow.

Kudos to Isla Fisher, who indulges in a fearless comedic performance by playing coked-up Katy with perfect wit and irreverence. No other actress could have pulled this off. 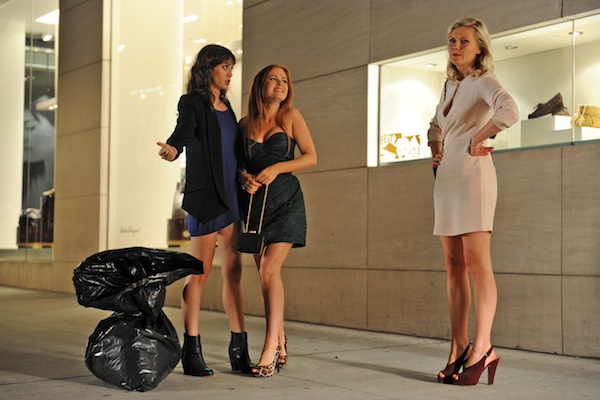 Based on a play of the same name that was written before the film Bridemaids was made, Bachelorette focuses on younger, self-centered chicks who deliver hilarious one-liners and explore the more shallow end of their personas for a spicier type of funny.

Bottom line:  Bachelorette is vulgar and catty but super-funny, so get the gals together, put on your ugliest bridesmaid dress, and smuggle some champagne into the movie theater for a Saturday night treat.