The secret is out. Katie Couric has revealed the guest list for her new talk show. For the premiere, she’ll get up close and personal with two successful singers. And they won’t be the only headliners stopping by. 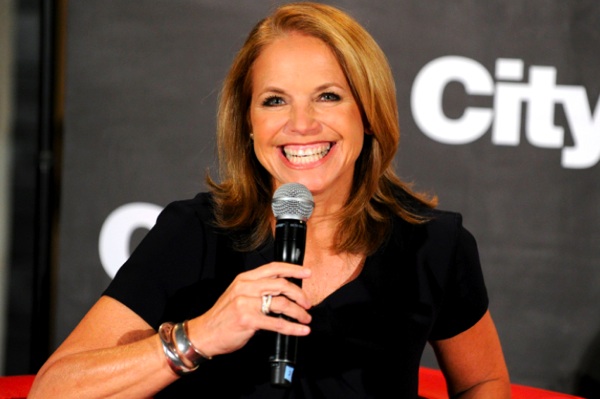 It’s been a long time coming, but Katie Couric is heading to daytime. The journalist and media personality will chat it up on a daily talk show called Katie. With its premiere weeks away, her top-secret guest list has been revealed.

Couric’s debut episode will be all about the ladies. She’ll sit down with singer and new mom Jessica Simpson, and Grammy winner Sheryl Crow. Crow seems like an obvious choice considering she wrote and performs the show’s theme song (“This Day”). After that light introduction, Couric will move on to heavier subjects.

According to Entertainment Weekly, episode two will feature “Aimee Copeland, the 24-year-old Georgia graduate student who lost parts of all her limbs to a rare flesh-eating bacteria this summer.” She’ll also interview Raffaele Sollecito, the ex-boyfriend of Amanda Knox who was acquitted of murder, as well as the mother and sister of slain college lacrosse player Yeardley Love.

Like her talk show predecessor Oprah Winfrey, Couric will try to balance hard-hitting topics with lighter fare. The affiliates are clamoring for a worthy replacement and this might be it.

Will you be tuning in to Katie this fall?