Alice Cooper isn’t afraid to tell us how he really feels about reality television “losers” and “idiots.” From dating shows to American Idol and X Factor, this 64-year-old rocker has a bone to pick with those who “haven’t earned the right of being famous!” 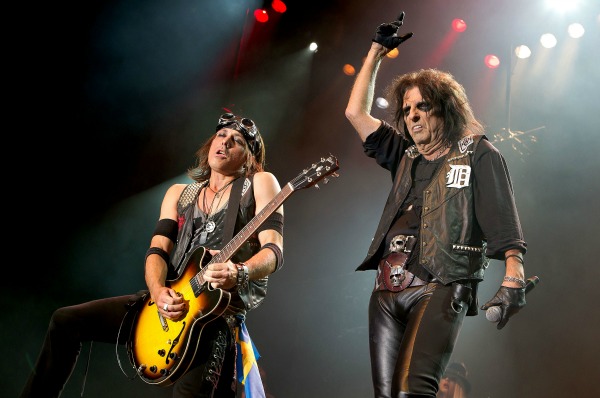 Alice Cooper is no fan of reality television in any variation and he’s got a platform to tell the public all about it. Blogging for the UK’s Huffpost Celebrity, the 64-year-old rips on both those who seek a fast-track to fame and those of us willing to “settle” for such idiots as entertainment.

Letting the tirade loose, Cooper vented to a younger generation “there’s one thing that really gets my horned goat in this grand scheme of things. REALITY TV! Please, don’t get your head turned in an Exorcist style and think it’s the way to fame and fortune, kiddies!”

While who’s giving roses to whom irks the rocker to no end (“Like, why should I care about these losers? I hate them more because they haven’t earned the right of being famous!”), singing competitions seem to take the cake.

“I can find 20 people in the street that can sing – it doesn’t mean they’re potential stars,” Alice Cooper continued. “American Idol and X Factor should start getting kids [on that stage] with an image they’ve thought of, that write their own songs, then make them sell it to you and make you believe it – then that’s a star.”

“I’ve made nearly 30 albums in my career, I know what I’m talking about. You have to remember when I came out, at the same time as Elton, Bowie etc, record companies looked at your career, they didn’t care about one record, they cared about the next 20 records. Sure, they were interested in selling records and being in control of your career to make loads of money, but they let you do the music. They just left you alone with that – not demanding cookie-cutter garbage!”

“How are people becoming stars by being idiots on TV?” the man seen above performing in Sweden just weeks ago went on to pose to readers, adding, “Why do we praise these idiots?”

Got an answer for Alice Cooper’s reality TV tirade? Let’s hear it!