Samuel L. Jackson has been mum on Twitter Tuesday morning — the seventh anniversary of Hurricane Katrina hitting New Orleans. This quiet comes only after he stirred up a storm earlier with his comments as Tropical Storm Isaac began to cut a familiar path through the Gulf. 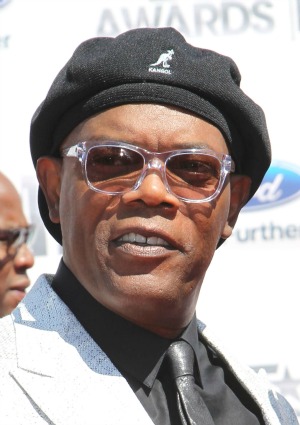 The actor is referring to the storm originally being poised to batter Florida — the site of the Republican National Convention. It later changed direction, cutting a path hurricane-watchers noted was similar to that of Katrina seven years before.

As of Tuesday morning, Jackson’s potty-mouthed commentary via tweet had been retweeted more than 1,000 times.

So many of the responses to his tweet were so hate-filled (peppered with the likes of “Lib Lunatic,” “you … moron,” “stupid a** f***”), that Jackson was prompted to dish out his own response to the angry masses — and it sounds so very SLJ.

“Daayum! Poked a Hornets nest, hunh? Apologies to God, Tampa, da GOP& Isaac(sp)! Who played the Race card?!,” he tweeted not even 30 minutes after the first “Unfair S***” message.

He later went on to say, via Twitter: “Whoooo! A lotta s*** stirred into a Bulls*** tweet! Politics & Religion get MUHFREPUBLICANS heated!”

Hey, what were you expecting? It is Samuel L. Jackson.

But then … something (or someone, like his publicist) happened.

Two minutes later, the star got mushy (by his standards) and wrote: “Seriously, leave the path of Danger if you’re asked. Be Safe & be Smart wherever you are & whatever your Politics!”

What’s more “inexplicable” than Isaac’s changing path could very well be Jackson suddenly going all Public Service Announcement on us!