The show’s new format is looking to be more like a daytime talk show than a news program. A slew of guest hosts this season will hopefully bring a new audience to Cooper’s name. 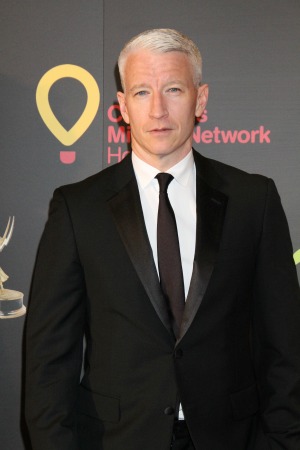 Anderson Cooper’s new show Anderson Live will begin its second season in September with a revamped format. One of the new themes on the show will be to welcome a different guest co-host each day.

The first celebrity to climb into the co-host seat will be none other than actress Kristin Chenoweth. She will be hosting with Cooper when the second season of Anderson Live kicks off on September 10, said Tim Baysinger with Broadcasting and Cable magazine.

Other names that have been announced as co-hosts for the season include Goldie Hawn, Kelly Osbourne, Cyndi Lauper, Howie Mandel, Erin Andrews, D.L. Hughley and Kellie Pickler.

“We’ve got a lot of fun, great things planned for the new season,” Cooper told Baysinger. “I am really excited to be joined by daily co-hosts and look forward to switching to a live format, which allows us more freedom to cover topical issues as well as connect more with the viewer at home.”

Terence Noonan, the show’s executive producer, said that the new format will improve many aspects of the show, including their topicality, studio space and being able to be live every day.

“Our biggest overall goal for Anderson Live is to take the best elements of daytime and put them in a show that works in 2012,” Noonan told Paige Albiniak with Broadcasting & Cable. “Anderson Live is the show that makes you a little smarter, the one that you have fun watching and at the end of each episode you can’t wait to tune in the next day to see what’s happening.”

The show is said to be similar to Live with Kelly and will be shot in front of a live studio audience. The show also plans to expand their social media presence.

Cooper is currently in New Orleans to cover Tropical Storm Isaac. The storm is set to hit the city on the seventh anniversary of Hurricane Katrina.