When Robin Roberts announced her diagnosis in June, we knew this day was coming. She will be leaving the show temporarily for her bone marrow transplant. But Good Morning America will be following her progress. 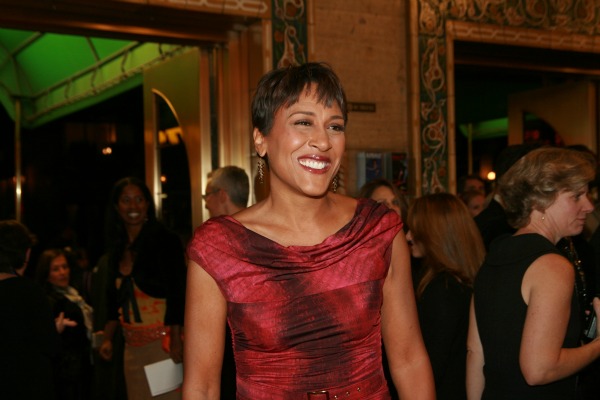 Good Morning America co-host Robin Roberts has announced that Friday will be her last day on the show for a while.

“On Monday’s edition of the ABC News wake-up program, Roberts made official the start date for what’s being called her ‘extended medical leave,’” according to the Associated Press. “Roberts told viewers [earlier this summer] that she has MDS, a blood and bone marrow disease once known as preleukemia.”

Good Morning America will be providing information on the treatment Roberts will go through all this week.

“Beginning Thursday, Robin’s team and doctors will provide information on her recovery throughout the next few months,” said Broadcasting and Cable magazine.

Back in June when Roberts announced to her co-workers that she had the disease, she released a statement on the ABC website that said, in part: “Going forward, it’s business as usual at GMA, which means I’ll be right here every day with George, Sam, Josh and Lara. When I miss a day here or there, I’m fortunate that some very talented friends at ABC News will fill-in. When I undergo the transplant later this year, I’ll miss a chunk of time.”

Roberts said that she will enter the hospital next week in preparation for a bone marrow transplant that will take place about a week and a half after that.

She added that her boss’s have been very sympathetic in understanding her situation and giving her as much time off as needed and that her job is waiting for her when she returns, said the Associated Press. “She described herself as ‘very blessed.’”

While Roberts was on vacation, Good Morning America moved their staffing around to fill the co-host seat. But for this vacancy, the show has said they will welcome guest hosts to the show. The guest hosts named so far include Diane Sawyer, Barbara Walters and Katie Couric, according to Broadcasting and Cable.

“When I faced breast cancer, your prayers and good wishes sustained me, gave me such hope and played a major role in my recovery,” Roberts continued in her statement. “In facing this new challenge, I ask humbly for more of your prayers and love — as I will keep you in my mine and update you regularly on my condition.”