Matthew Perry and his sarcastic attitude have returned to TV, with his new comedy sitcom, Go On. 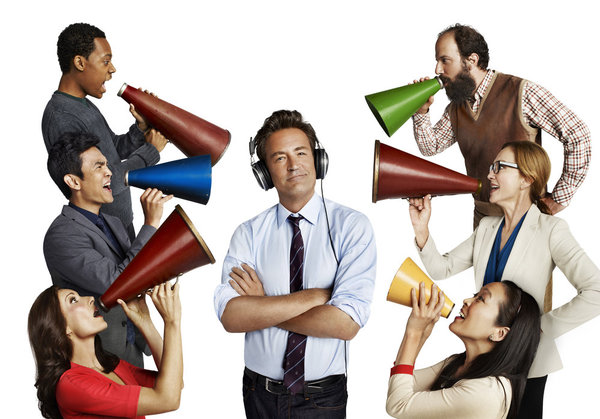 Ever since Friends closed the doors to Central Perk Coffee Shop, I’ve felt something missing in my weekly television ritual, but that feeling of loss and emptiness may dissipate soon now that Matthew Perry is making his way back to my living room with NBC‘s new series, Go On.

This 30-minute sitcom follows Ryan King, a fast-talking radio sportscaster, who is forced to join a support group to deal with the unexpected death of his wife. The series kicks off with King attending group therapy sessions, only to get the mandatory 10-class attendance behind him and get back to work. 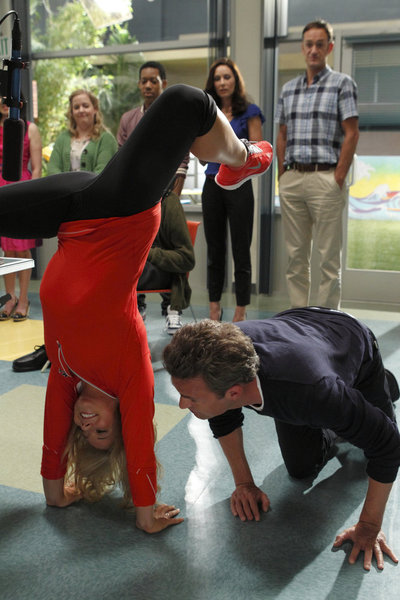 At the first session, King decides to take his own spin on “therapy” and pins each grieving participant (they all seem like total loons, by the way) against one another in a bracket-style competition, to determine who “wins” with the most pain and suffering (if you call that winning…). King makes it clear he doesn’t think talking about his feelings will do any good;  he has to do something, like work, to get past his pain.

But when King returns to work, he goes ballistic on Terrell Owens, after he sees him texting while driving in the parking garage (hint, hint… how do you think his wife died?). When I say ballistic, I mean he starts throwing food at T.O.’s car and almost gets into a full-on brawl… we know who would win that one, and let’s just say it isn’t the funny white dude.

While King somehow manages to avoid a black eye, he is hit with the realization that maybe therapy isn’t such a bad idea after all.

At the very end of the pilot episode, we learn King’s wife was texting while driving, ran a stop sign, and was hit by another car. In this comedy/drama sitcom, we’re going to watch as King deals with his grief and finds friendships and hope in an unlikely place.

If you don’t have enough time to watch an hour of drama, deceit and gossip, this may be the new show for you! It’s based on a tough reality, but the show successfully displays this in a light and heartwarming way. After just one episode, I already love Matthew Perry’s character (although I’m not quite ready to replace Chandler just yet!). Now all we need to make this a perfect show is for Perry’s character to get a wannabe actor roommate, who’s not the sharpest tool in the shed. Any suggestions (let’s all chant Joey, Joey, Joey!)? I’d also love to see a cameo by Regina Phalange!

Check out the trailer below, or watch the pilot episode on Hulu!

Looking for other shows coming out this fall? Check out…

Welcome to The Neighborhood! BTW, it’s filled with aliens
NBC’s Chicago Fire is bringing the heat
Hayden Panettiere ready to sizzle in Nashville