Originally a spinoff of Grey’s Anatomy, Private Practice has been able to figure out a sustainable formula. However, this season is the show’s sixth — and perhaps final — season. 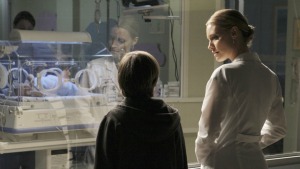 It’s been speculated that this will be the final season of Private Practice, but it hasn’t been confirmed yet. We do know that the series is sure to look a lot different this season without Dr. Wilder (Tim Daly).

Private Practice followed Dr. Addison Montgomery (Kate Walsh) from Grey’s Anatomy as she moved to a private practice in Los Angeles. Her new place of work, Oceanside Wellness Group, is very different than what she was used to back in Seattle. However, she soon makes friends with a number of the other doctors.

Over the first five seasons, plots have included the practice’s financial troubles, Dr. Montgomery’s love life and the controversy surrounding abortion. To end Season 5, the doctors are all with Amelia (Caterina Scorsone) as she gives birth. Pete (Daly) and Violet (Amy Brenneman) start to figure out their feelings for each other are real. As for Dr. Montgomery, she’s having a difficult time deciding what to do with Sam (Taye Diggs), her current love interest.

In Season 6, which premieres Tuesday, Sept. 25 at 10/9c, we’ll see a lot of loose ends begin to get tied up. With Daly not returning to the show, it will be interesting to see how they address his relationship with Violet. And you can count on some new drama to be added to the mix to spice up this season even more.

If you can’t get enough of medical dramas, Private Practice is well worth your time. While it doesn’t quite reach Grey’s Anatomy status, it’s an entertaining show with plenty of subplots to keep your interest high.