If you aren’t a fan of Bones yet, you need to find out what you’ve been missing. This could be the last season of the popular FOX show. 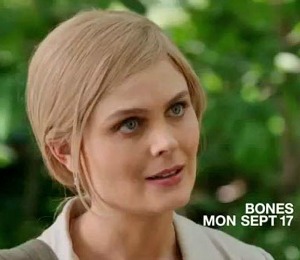 The FOX comedy-drama Bones debuted back in 2005 and features Seeley Booth (David Boreanaz), an FBI special agent, and Dr. Temperance Brennan (Emily Deschanel), a forensic anthropologist who examines evidence in Booth’s cases to see if she can provide any clues.

In each episode, Dr. Brennan, whose nickname is “Bones,” usually comes through with a finding or clue to break the case open. The character is loosely based on Kathy Reichs, a forensic anthropologist who is also a producer on the show.

The show touches on a number of topics, including religion, atheism and the personal relationships between the reccurring characters. While the tone is sometimes dark, there’s enough comedy woven into Bones‘ fabric to keep a variety of viewers entertained.

Season 7 of Bones ended with a very interesting twist. Brennan and Booth are attempting to keep a killer behind bars — however, the evidence they gather points to Brennan being corrupt. Brennan, instead of facing arrest, decides to go on the run (and go blonde) to buy some time to prove her innocence. In Season 8, Brennan will undoubtedly work to clear her name and keep the killer in jail where he belongs. But it won’t be easy to undo the damning evidence against her.

Brennan has never been in this much trouble. How long will she have to stay on the run? How is Bones going to free herself of this entanglement? Find out starting Monday, Sept. 17 at 8/7c when Season 8 begins.

Check out what’s happening on Season 8 of Bones