If you haven’t been watching The Big Bang Theory over the last few years, it’s time to get on board with the sixth season premiere right around the corner. 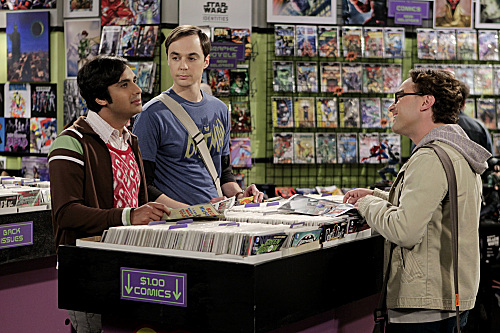 The Big Bang Theory can only be described as being one of the most successful sitcoms on television today. The show follows a group of eggheads: physicist Sheldon Cooper (Jim Parsons), physicist Leonard Hofstadter, astrophysicist Rajesh Koothrappali and aerospace engineer Howard Wolowitz, along with a waitress named Penny.

Don’t be intimidated by the serious job titles — The Big Bang Theory is painfully funny and its comedy is timeless and rarely complicated. The cast has great chemistry and the writing is superb. The sixth season, which is set to start Thursday, Sept. 27 at 8/7c, promises to be the best season yet.

To end season five, Howard Wolowitz was being launched into space. Before he left, he married Bernadette in a rooftop wedding. Penny and Leonard end the season holding hands even though she denied his mid-coitus marriage proposal. In a bit of a shocker, Sheldon is seen holding hands with Amy, who was the maid of honor in the wedding.

When Howard gets back from space, things could be a lot different than when he left. One question looms: Where will the newlyweds live? Will they take over the master bedroom at Ma’s house or get a place all their own?

The Big Bang Theory is another sitcom created by Chuck Lorre, the man behind hits such as Two and a Half Men, Cybill, Grace Under Fire and Dharma & Greg. You can count on his shows to always be worth a watch. It’s no surprise that critics continue to show The Big Bang Theory a ton of love. This year, the show got more than a dozen nominations across the Golden Globe Awards, Emmy Awards and the People’s Choice Awards.