Last night, True Blood went out in a blaze of gore. Humans, shifters and vampires teamed up to take down the power-hungry Authority. Today, HBO has released some unseen footage from last night’s finale. 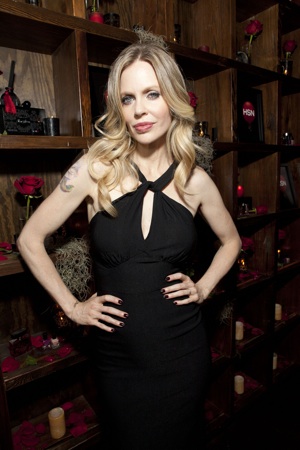 Is True Blood really over? Not quite — there’s more to see from Sunday night’s season five finale. HBO has released a bonus scene, available through HBO GO Interactive.

The final moments of the episode left Sookie, Eric, Pam, Tara, Jason, Jessica and Nora stuck at the Authority compound. In order to escape, they’ll have to fight their way out. So what happened after Eric and Sookie left the group to find Bill?

Creator Alan Ball shot an extra scene (available on HBO GO), that shows the escapees plotting their exit. “True Blood fans love to interact with the show and each other,” said Ball. “I’m excited to give them something extra to talk about even after the season five finale credits roll.”

What ‘s so special about the HBO GO Interactive experience? It gives viewers “exclusive enhancements to the True Blood bonus scene.” It also “allows audiences to engage with original features created exclusively for the service by watching full-length episodes of the series alongside never-before-seen bonus content. The True Blood interactive viewing experience for HBO GO can be accessed online or via the HBO GO iPad(r) app, featuring special enhancements designed exclusively for the device.”

See what all the fuss is about below:

What did you think of True Blood’s finale? Do you have HBO GO?