Revenge is a soapy melodrama that features complicated affairs, amazing society events, murder, suicide and more. Fans fell in love with the show’s beautiful characters, witty one-liners and engaging plotlines in Season 1, and we’re sure that the second season will be more of the same. 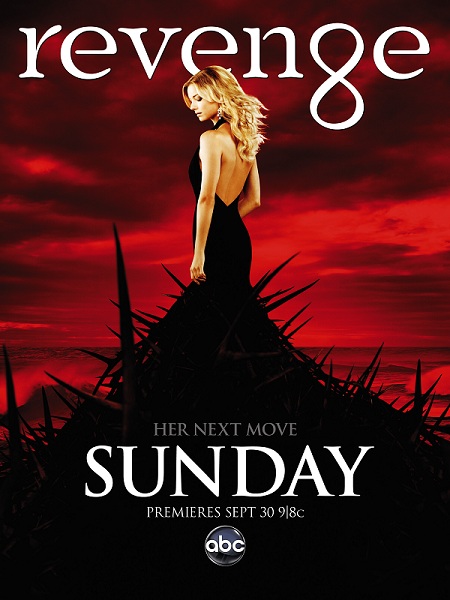 Sex, blackmail, murder — Revenge has it all. The second season of Revenge premieres on Sunday, Sept. 30 at 9/8c.

Emily Thorne (Emily VanCamp) heads to the Hamptons for the summer, but it’s not just for fun in the sun and high-society parties — it’s for revenge. Emily’s real name is Amanda Clarke. Apparently, her father was framed years ago for terrorism — a crime he didn’t commit — and was sent to prison for life. Emily is set on revenge against those who wronged her dad and are responsible for his death — including Victoria Grayson (Madeline Stowe). Emily is intent on clearing her father’s name and destroying everyone else involved.

The storyline features plenty of plot twists, affairs and other entanglements, including a love triangle among Emily, Jack Porter (Nick Wechsler) and Daniel Grayson (Josh Bowman) — the eldest son of the Grayson family.

Even if you missed last season, you can still get caught up — you can watch full episodes at ABC.com. The show’s creator revealed that Season 2 will begin with a horrible event at the end of the summer, and then, as in the first season, the show will trace back how the characters got to that point. Also,  Jennifer Jason Leigh has been cast as Emily’s missing mom in Season 2, while British actor Barry Sloane has been tapped to play Ethan, a mystery man from Emily’s past.

Photo courtesy of The ABC

Get a look at the upcoming season of Revenge