Season after season, ABC’s medical drama Grey’s Anatomy remains one of the best shows on television. Now entering its ninth season, the series features a dynamic ensemble cast that we’ve grown to love. 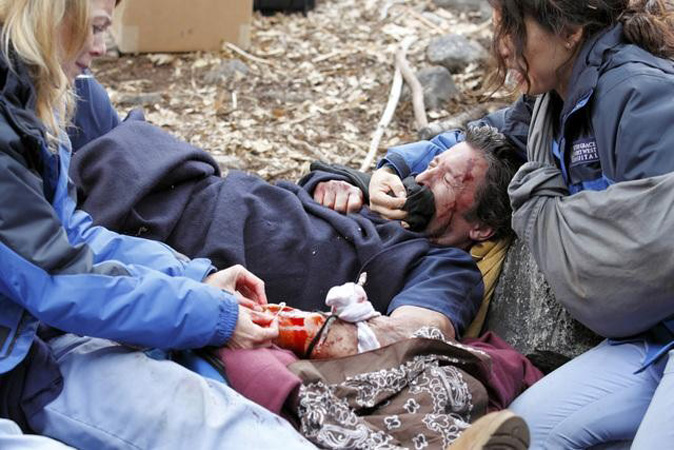 After an emotional ending to the eighth season, Season 9 of Grey’s Anatomy premieres on Thursday, Sept. 27 at 9/8c on ABC.

The eighth season finale ended with a plane crash that left Lexie (Chyler Leigh) dead and several others stranded, including Meredith Grey (Ellen Pompeo), Derek Shepherd (Patrick Dempsey), Mark Sloan (Eric Dane), Christina Yang (Sandra Oh) and Arizona Robbins (Jessica Capshaw). It was an intense, heart-wrenching episode — no one back at Seattle Grace knew anything had happened to the plane until the end of the show. Leigh wasn’t the only actor to exit the series at the end of Season 8. Viewers also said goodbye to Teddy Altman (Kim Raver), who moved on to a job at MEDCOM.

Chyler Leigh reveals what it’s like to die… on screen >>

After last season’s plane crash, which claimed the life of Lexie, the fate of many other characters was left unknown — including McDreamy (Dempsey) and McSteamy (Dane). We know that Dane is leaving the show, but he will appear in the first two episodes. Does that mean he survived the crash? Maybe not.

“When we start the season, we are ahead enough in time where we see the outcome of lots of things. And in the second episode of the season, there’s rewind — we go backwards — to where they’re still in the forest,” creator Shonda Rhimes shared recently. “So you see what happened and in the next episode, you see how we get there. That was a really great experiment for us, and we think it turned out really, really well.”

Get a sneak peek at Season 9 of Grey’s Anatomy