Some of the best movies and television series were born from the pages of a book. Each month Candace from Beth Fish Reads features five books that made it to the screen. Read them, then see them and decide which version you like better. 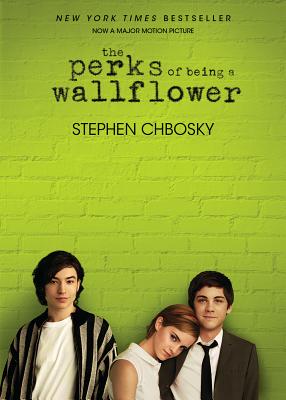 The Perks of Being a Wallflower
By Stephen Chbosky

When Charlie starts high school, he is shouldering the dual burdens of being in the shadow of his socially successful older siblings and the recent death of his beloved aunt. His only outlet is the letters he writes to an anonymous friend. But when he meets Patrick and his half-sister, Sam, Charlie tentatively begins to step out from the wall to be part of the party. By the end of his freshman year, Charlie sees the world through less-innocent eyes. Stephen Chbosky’s The Perks of Being a Wallflower brilliantly captures the heartache, awkwardness, embarrassment, and eventual nascent self-confidence that are part of most teens’ high school experience. The movie, starring Logan Lerman, Emma Watson and Ezra Miller, opens in theaters on Sept. 21.

BONUS READ: For another story about a teenager struggling with self-identity and the perils of high school, try John Green’s Looking for Alaska. 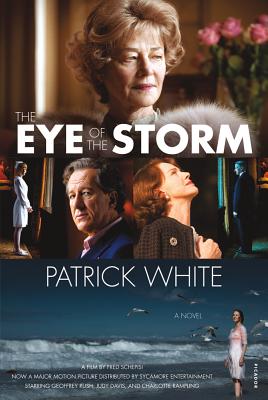 The Eye of the Storm
By Patrick White

Once beautiful and still a force to be reckoned with, bedridden Elizabeth Hunter has a staff of nurses, a housekeeper, and a solicitor to ensure her medical care and estate run smoothly. When her son, Basil (a successful actor in the UK), and her daughter, Dorothy (divorced from an upperclass Frenchmen and living in Paris), return to Sydney to be with their mother during her last days, old resentments threaten to tear the family apart. Patrick White’s The Eye of the Storm is an examination of a dying woman who refuses to relinquish control over her own destiny. The movie, starring Geoffrey Rush, Charlotte Rampling and Judy Davis, is available on Blu-ray/DVD and will have limited theater release in the United States this month (check local theater listings for times and dates).

BONUS READ: If you are interested in classic Australian literature about dysfunctional families, try Christina Stead’s The Man Who Loved Children. 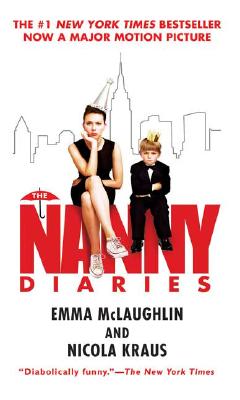 The Nanny Diaries
By Emma Mclaughlin and Nicola Kraus

When Nan needed money to help pay her college fees, she answered an ad to become a nanny to a 4-year-old boy in an Upper East Side apartment. Nan soon falls for her charge and a strong bond is formed between her and the child. Thus, even when his mother turns out to be a tyrant, controlling Nan’s off-duty life and making unreasonable demands, Nan decides to stay… until she’s finally pushed too far. Although The Nanny Diaries has laugh-out-loud moments as Nan adjusts to her new life in posh digs, Emma McLaughlin and Nicola Kraus also touch on deeper themes, such as parenthood, infidelity, social class divisions and marriage. The movie, starring Scarlett Johansson, Laura Linney and Paul Giamatti, is available on Blu-ray/DVD.

BONUS READ: For another look at a young woman in the wrong career with a difficult boss, try The Devil Wears Prada by Lauren Weisberger. 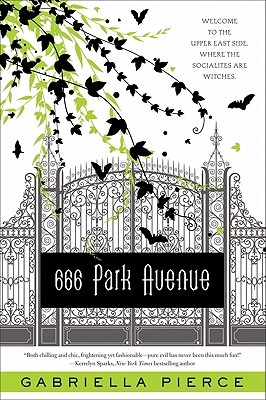 Jane meets Malcolm, Jane falls in love, Malcolm proposes, Jane marries, the couple is happy. Then Jane meets her in-laws, one of the most powerful witch families in Manhattan. Although Jane’s life is turned on its head as she learns about her own heritage and that of the other witches, she remains a strong, independent woman and does her best to stand up to her witch of a mother-in-law. The Park Avenue books by Gabrella Pierce, starting with 666 Park Avenue, are a fun mix of chick lit and urban fantasy that will appeal to a broad base of readers. If light paranormal is your thing, be warned that the television show based on the novels, starring Rachael Taylor, Dave Annable and Robert Buckley, has a much more classic horror feel. The series premieres on Sept. 30 on ABC; check your local listings for days and times.

BONUS READ: If you like your witch stories laced with historical details, a bit of romance and a handsome vampire, try Deborah Harkness’s A Discovery of Witches. 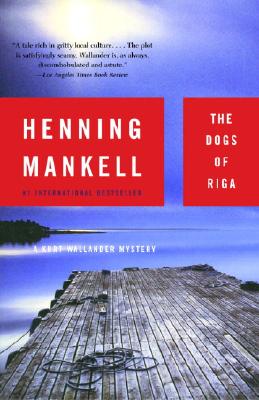 Long before Scandinavian crime novels became the rage in the United States, Henning Mankell had already established the prototype of the brooding, misanthropic Swedish protagonist. For Kurt Wallander, a police inspector in Ystad, Sweden, who once wanted to be an opera singer, life is as bleak as a northern winter. For all his personal flaws, however, Wallander becomes almost obsessive when solving a murder. For example, in Dogs of Riga, the inspector relentlessly pursues the killers of two mobsters, despite numerous setbacks, lying witnesses and threats to his life. Season 3 of Masterpiece Mystery’s Wallander, starring Kenneth Branagh, premieres on Sept. 9, and consists of three movies based on Mankell’s novels: An Event in Autumn (the book was titled The Grave), The Dogs of Riga, and Before the Frost. Check your local PBS station for days and times.

BONUS READ: If you love Scandinavian crime, be sure to try Jo Nesbø’s Harry Hole Norwegian mystery series, starting with The Redbreast.

Book lovers won’t want to miss The Words, starring Bradley Cooper, Dennis Quaid and Olivia Wilde, about a best-selling author accused of plagiarism. The movie opened in theaters on Sept. 7.