New Girl premiered in September 2011 and has met with an extremely favorable response from viewers and critics alike. The sitcom features witty writing and a terrific performance by Zooey Deschanel as Jess, an elementary school teacher in Los Angeles. 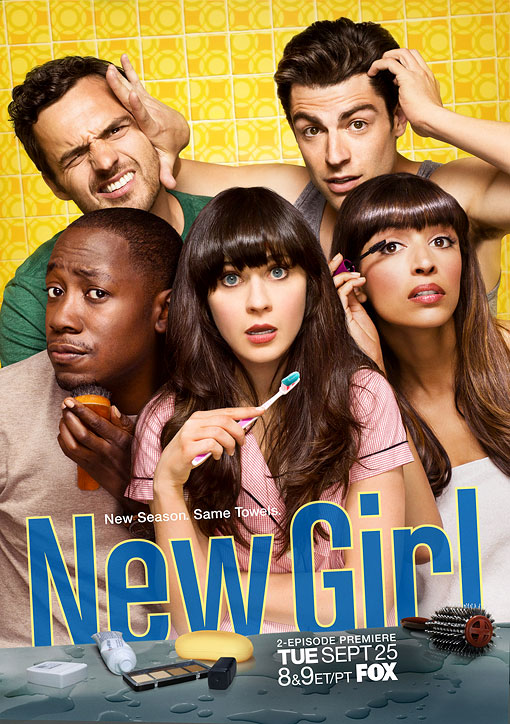 Both the show and Zooey Deschanel were nominated for Golden Globe and Emmy Awards. Additionally, Max Greenfield, who plays Schmidt, was nominated for an Emmy Award for Outstanding Supporting Actor in a Comedy Series. The second season premieres on Tuesday, Sept. 25 at 8/7c.

The premise of New Girl is that a quirky, young teacher looks for a new place to live after catching her boyfriend cheating. She ends up moving in with three guys — Nick (Jake Johnson), a law school dropout turned bartender; Schmidt (Greenfield), a neat freak and womanizer; and Winston (Lamorne Morris), a smart, competitive underachiever who can’t keep a job because he becomes bored so easily.

In the Season 1 finale, Nick freaked about moving in with his psychotic girlfriend Caroline, and the gang ended up stranded in the desert with no car keys to drive back home. Eventually, Nick decided not to move in with Caroline, but not before he and Jess ran into a coyote while searching for the car keys in the sand. In the new season, we expect plenty more hilarity and a lot of fun. The show will feature a number of interesting guest stars this season, including Parker Posey as a shot girl at the party for the removal of Schmidt’s penis cast and Josh Gad as a beer delivery guy. Eric Winter, Niecy Nash and David Walton have also joined the series as guest stars.

Why you should watch?

The show is really fun and Deschanel is fantastic. If you missed any of last season’s episodes, you can catch up by watching them at Fox.com. If you are looking to get a break from all the drama and just want a lighthearted laugh, New Girl is it.

Get a look into the first episode of Season 2