We are gearing up for the fourth season of Glee, and we can’t wait to hear what songs the glee club members will cover this season. With many of the popular characters having graduated at the end of last season, the show will have plenty of sequences taking place in New York City as well as back at McKinley High. 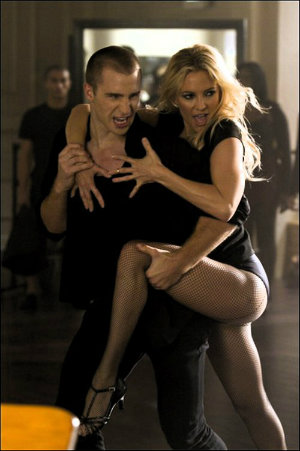 This will be a different year for the glee club, as they are trying to regroup after losing eight seniors to graduation. In the new season’s premiere episode, entitled “The New Rachel,” Rachel (Lea Michele) is gone from McKinley High as she starts school at the New York Academy of Dramatic Arts. Special guest star Kate Hudson makes her first guest appearance as Rachel’s new dance instructor, and of course Rachel meets a new guy — Brody (Dean Geyer), an upperclassman.

As part of the cast is in New York now after having graduated with the other group back in Ohio, the show might get a lot more interesting this season. Hudson is slated to appear in six episodes this fall, and Sarah Jessica Parker is taking part in a multi-episode guest-starring stint as well. Parker joins the show as Isabelle Klempt — a mentor to Kurt.