If you’re fascinated by urban legends and all things supernatural, then you are probably as invested in this series as we are. Picked up for an eighth season, Supernatural focuses on two brothers — Sam and Dean Winchester — whose mother was murdered by a demonic force. Their father gets consumed by vanquishing all the evil paranormal forces around the world, and the boys get caught up in the hunting. 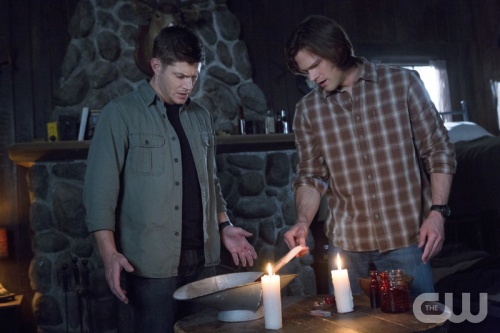 When the Supernatural series began, the older son, Dean (Jensen Ackles), was willing to help his father, while the younger son, Sam (Jared Padalecki), steered clear of all the supernatural stuff. But when their father disappeared, Sam joined Dean to carry on the mission of the Winchester family. Now the brothers investigate paranormal phenomena and urban legends that you are probably familiar with, including the Lover’s Lane “Hook” Killer, the Vanishing Hitchhiker and Bloody Mary. The show is often intense and riveting, and you never know what to expect next. In the last episode of season seven, after defeating Leviathan boss Dick Roman, Dean and Castiel (Misha Collins) ended up stuck in purgatory, with everything evil that Dean had ever killed all around them. Meanwhile, Sam was dealing with his own troubles.

You have to watch this season to find out how Dean is affected by his stay in purgatory. He comes back with a dangerous new pal who helped him escape — a vampire named Benny (Ty Olsson). And things could be changing in a major way for Sam too. He has a woman (Liane Balaban) in his life. “To say that he has met a woman who could stand as the love of his life to this point would not be an overstatement,” says new executive producer Jeremy Carver. “It’s a meaningful relationship.”

Photo Courtesy of The CW