Prince Harry is reportedly disappointed with his judgment in the wake of his Las Vegas nude photos leak. Hey Harry, don’t be upset — we’re definitely not. 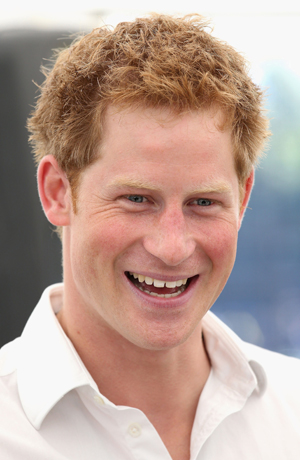 Prince Harry is reportedly still feeling the hangover from his Las Vegas trip last week. The red-headed rebel — who was photographed playing strip billiards in his expensive suite — has deleted his super-secret Facebook account and will “lay low” for the next few weeks.

“He feels he has let himself down and is very disappointed with the fact that he allowed it to happen,” a source told the U.K.’s Sunday Times.

Luckily for Harry, very few people (outside his family) seem upset over his Sin City dalliances.

“He is absolutely entitled to a private life,” Rosa Monckton, a friend of Princess Diana, told People. “He has a full-time job and he is a full-time serving member of the armed forces. They all need to let their hair down.”

She added that it’s nothing that other soldiers wouldn’t do. “It’s classic of a young officer. They work very hard and they play very hard. It’s a very simple thing,” she added.

Media mogul Rupert Murdoch also came to Harry’s side, tweeting for people to leave him alone.

“Prince Harry. Give him a break,” the 81-year-old tweeted on Aug. 25. “He may be on the public payroll one way or another, but the public loves him, even to enjoy Las Vegas.”

However, Harry might be worried something more scandalous will come out. Sources have alluded to the U.K. Daily Mail that he did something in the desert that will make the nude pics look tame.

“Something pretty gigantic’ is involved; something more serious than ‘strip billiards,'” a source said.