The original Beverly Hills 90210 was a mega-hit throughout the ’90s, and though the current series might not achieve that cultlike following, it’s still definitely worth watching. The CW’s 90210 is back for a fifth season. We continue to follow the characters as they navigate college and careers, dealing with the glamour, prestige and dysfunction of their lives in Beverly Hills. 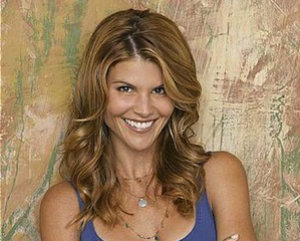 This season, 90210 moves back to Mondays at 8/7c, premiering on Oct. 8. Season 4 ended with a lot of drama, and we’re sure the fifth season will be more of the same.

In the season finale, Naomi (AnnaLynne McCord) interrupted Madison and Max’s wedding — confessing her love for Max (Josh Zuckerman). Ivy (Gillian Zinser) heads to Mexico to be with Diego, who was deported. Silver dumps Navid because he isn’t ready to be a dad. But she doesn’t give up on having a baby. She decides to conceive a child… with Teddy (Trevor Donovan).

Adrianna (Jessica Lowndes) is heading to Las Vegas because Dixon (Tristan Wilds) hasn’t returned on time from his tour. Dixon is having car trouble and calls Navid to tell him to stop Adrianna. While he’s on the phone with Navid, a truck hits Dixon’s car, leaving his condition unknown.

There are some changes this season in Beverly Hills, including Zinser’s exit — though she will make some guest appearances. Country cutie Justin Deeley is also gone from the show. Lori Loughlin (pictured above) reprises her role as Annie and Dixon’s mom in the season premiere.