Think all A-list actors are jerks? Think again: Tom Hanks was photographed goofing off with a fan over the weekend. 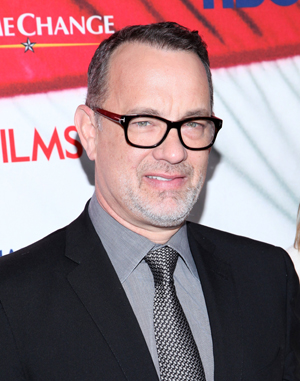 Tom Hanks is awesome. We’ve pretty much always assumed the actor who made us cry over chocolates and a volleyball knew how to interact with people.

And what do you know? We were right!

“My friend met Tom Hanks, stole his glasses and pretended to be wasted,” Reddit user Groucho29 posted on Sunday, along with the photos of Hanks paling around with a young guy. The best part? He’s genuinely having fun.

This is hardly the first time we’ve heard about Hanks being ridiculously cool to his fans. He even paid money to a couple of moviegoers that hated his movie Larry Crowne.

“Gee, I’m really sorry you were disappointed. How about letting me refund your ticket money?” he reportedly told the disappointed fans before giving them $25. True or not, we could see him doing something like this.

Hanks should team up with another actor known for being cool to fans — Bill Murray — to crash college parties around the country. Murray was even said to be planning such a thing for this fall.

“Mr. Murray is looking to take a vacation around the United States,” reads a July press release. “He’s hoping that if he shows up to your party with a bottle of wine or vegetable tray, you will be able to make the proper accommodations for him. This includes allowing him to sleep on your couch or in a spare bedroom, both of those options being completely acceptable.”

This gives Murray and Hanks a chance to team up for real. Let’s make it happen, Hollywood suits.