Will a Justice League director please stand up? Warner Bros.’ top contender (Ben Affleck) isn’t interested in tackling their superhero film. With him out of the running, who’s next in line? 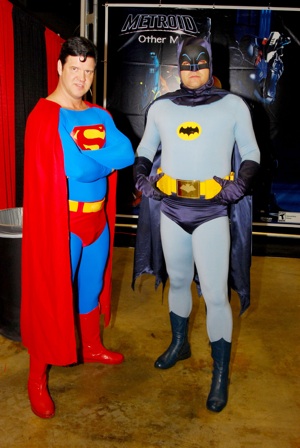 The search is still on for a Justice League director. Warner Bros. is desperately trying to find someone strong enough to tackle their biggest superhero movie to date.

Earlier this month, Ben Affleck was mentioned as the studio’s top candidate. The man’s more than competent behind the camera. Unfortunately, the actor-director has no desire to steer the film.

While speaking to the Canadian press, Affleck quickly cleared up those Justice League rumors.

“I’m not working on the Justice League. One of the problems with entertainment web sites is that they need to fill pages, and that’s how rumours get started. Justice League sounds really exciting, but it’s not something I’m working on.”

Move over Avengers! A Justice League movie is coming >>

So who is working on it? Moviehole reports directing team Lana and Andy Wachowski are next on Warner Bros.’ list. We’re not surprised, considering they gave the studio one of its most groundbreaking hits — The Matrix. They were even rumored to take on Man of Steel (Superman) before Zack Snyder was officially hired.

The Wachowskis are known for doing things their way. And they like to work at their speed. But with a film as big as Justice League, we’re sure there will be studio interference. And can you blame Warner Bros.? The pair’s last glossy adaptation (Speed Racer) was a huge disappointment.

Thanks to the success of Marvel’s The Avengers, the bar has been set. WB’s stable of DC Comics heroes are just as viable as Marvel’s. They just need the right director(s) to prove it.

Who do you think should direct Justice League?