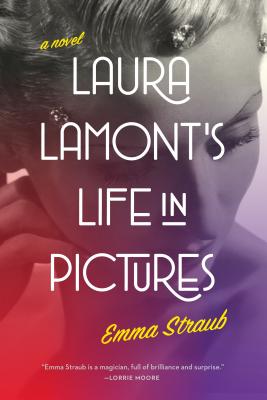 If you’ve picked up any September magazine that includes book reviews or recommendations, you have likely seen a spread about Laura Lamont’s Life in Pictures — and with good reason! Emma Straub takes the Hollywood of black and white pictures and renders it in vivid, life-like color, giving readers a glimpse of both the glory and the heartache of stardom.

About Laura Lamont’s Life in Pictures

Despite living in beautiful and idyllic Door County, Wisconsin, Elsa’s sister Hildy wants nothing more than to leave home and see the world beyond Wisconsin. The girls’ father runs a theater in the summer; actors come from across the country to perform for tourists on their stage and have always been a part of the girls’ lives. Then comes the summer of 1929. Hildy is entranced by a handsome young actor and gives her heart to him, completely. When he turns out to be not the man she believes he is, Hildy cannot handle the betrayal and gives up completely on all of her dreams.

Nine years later, Elsa is a teenager and finds herself married to another actor from her father’s stage, traveling to Los Angeles so they can both make it big in Hollywood. It isn’t that Laura is in love with Gordon, but she feels driven to live the life that Hildy always dreamed of and now can no longer have. A child conceived shortly after their arrival temporarily waylays Elsa’s dreams, but Gordon’s success gives Elsa a chance meeting with legendary producer Irving Green. It is Green who gives Elsa the new name of Laura Lamont, Green who launches her career — it is Green who makes Laura Lamont a star.

Although Laura Lamont’s Life in Pictures is infused with old Hollywood glamor, Laura herself is given a depth rarely seen on a movie screen. She is both Laura and Elsa, Hollywood and Wisconsin, and the tension between these two identities — along with the issues of family and sisterhood it raises — continues to haunt Laura throughout her life, even in her most glamorous moments.

Laura Lamont’s Life in Pictures is sure to be one of the most talked about and beloved books of the fall. Pick it up, discuss it with your friends, read it with your book club. Your conversation is sure to end with someone asking if Straub has another book coming out any time soon. There is likely not a novel close enough on the horizon to satisfy this desire for more, but if after Laura Lamont’s Life in Pictures you can’t get enough of Emma Straub, her story collection Other People We Married is out now in paperback.