Phyllis Diller was Rivers’ first mentor, and the two have been friends ever since. Rivers talks about how Diller paved the way for women in their industry. 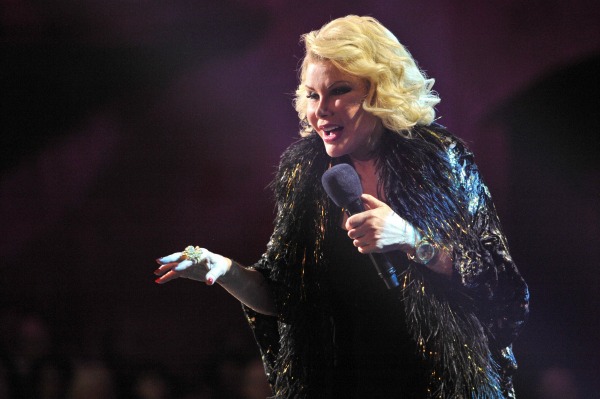 Monday, Phyllis Diller, one of the great women of comedy, passed away. In 1968, comedienne Joan Rivers was given her very first job in show business on Diller’s show, as a junior writer.

“Terrified as I was to write for her, the moment I met Phyllis, I felt very comfortable. She was funny, smart and incredibly kind,” Rivers told The Washington Post. “She would come into the room where we all were gathered — a room full of young male comedy writers, and me — and patiently explain to us what jokes she was using and why, what jokes didn’t work, and how we could fix them.”

Rivers said as soon as Diller found out that she wanted to be a performer, she became a mentor.

“Figure out who you are, what makes you stand out from the others,” she told Rivers. “The minute you know that, your comedy will fall into place. You will be able to make people laugh at things that others can’t.”

Rivers said this all happened in a time when there were very few female stand-up comics. If you told someone you wanted to be in show business and you were attractive, they assumed you were a singer or dancer.

“What was not expected from Phyllis… was what this clownish woman did when she came on stage,” Rivers told The Washington Post. “She simply walked out, stood in front of a microphone and talked for an hour. There was no music, no songs, no juggling, no silly dances — none of the things that female comedians were expected to do in their acts.”

This may seem like nothing new to us. But at the time, comedy was a different place for women. Diller was one of the first to break this barrier.

“Phyllis just stood there like a man and said smart, funny things,” Rivers said. “Today, the idea of a woman coming out on stage and simply talking is absolutely accepted. But in those days, it was shocking.”

When Diller died on Monday, she was 95 years old.