For one Salt Lake City station, the show was just too much. But another station is more than happy to air it for the audiences in the city. 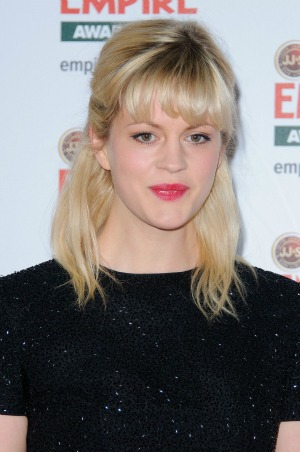 The New Normal is one of many new additions to the fall television lineup. This one is on NBC. The show is about a young woman and her 8-year-old daughter who move to Los Angeles to change their lives. To make money, the woman decides to become a surrogate for a gay couple.

But it looks like this theme is just too much for one Utah television station. KSL in Salt Lake City decided they will not be airing the show.

“The prospect of two gay men having a baby proved too much for the LDS Church-owned station,” said The Salt Lake Tribune.

However, the station isn’t uncomfortable with just this show’s content. It’s the same one that refused to air The Playboy Club last year.

“From time to time we may struggle with content that crosses the line in one area or another,” Jeff Simpson, CEO of KSL’s parent company, told The Salt Lake Tribune. “The dialogue might be excessively rude and crude. The scenes may be too explicit or the characterizations might seem offensive.”

NBC issued a statement about the show, saying that the show “is a contemporary look at how families are defined today, portrayed through a comedic prism. We are confident that the show will find another home in the Salt Lake City market,” according to The Salt Lake Tribune.

The station also rejects many other shows, so this new one doesn’t come as much of a surprise. KUCW picks up a lot of that programming, including Saturday Night Live and some sports shows. They will also be picking up The New Normal.

“We will air it on the weekends,” Matt Jacquint, general manager of KUCW and KTVX told The Salt Lake Tribune. “We’re looking for a time slot right now.”

The New Normal will premiere on NBC Sept. 11 and stars Ellen Barkin, Justin Bartha of The Hangover, Georgia King and Andrew Rannells of the Broadway play The Book of Mormon.