Jack Black and Shirley MacLaine star in this quirky crime drama about a murdering mortician and his latest victim. Grab an arm and get ready for fall with our top-five list of DVD/Blu-ray rentals this week. 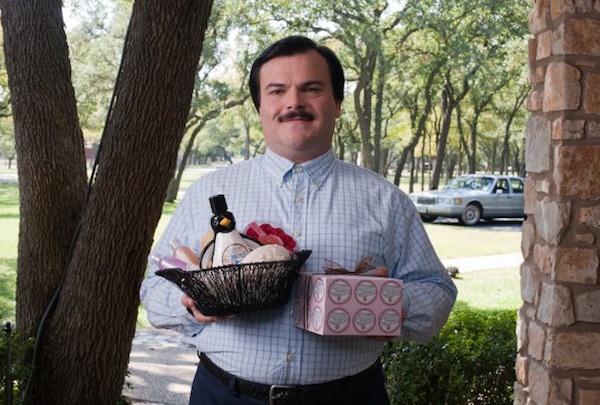 Jack Black plays a small town mortician who kills a wealthy older woman, played by Shirley MacLaine, and has the most complicated of times trying to cover up the murder by pretending she’s still alive.

Sacha Baron Cohen is at it again, and this time he’s playing a disillusioned leader to a fictitious country. When his search for democracy lands him in New York without a passport, this general-turned-immigrant gets a taste of his own medicine.

Narrated by Tim Allen, Chimpanzee is the story of a 3-year-old orphan chimpanzee who gets separated from his family and must find a home. Heartwarming to say the least!

Movie review: Rumble in the jungle as you watch a baby find a family in Chimpanzee >>

This subtitled drama set in contemporary Iran won the Oscar for best foreign language film. Simin is a woman who wants to leave Iran, but in order to do that she must take her husband with her. When he refuses, she tries to get a divorce. Things only get more complicated when her request is denied.

A young writer lies about his ability to write to try to win the girl of his dreams. Diego Noguera and Nathalia Galgani co-star in this quirky foreign film.

Was Jada Pinkett Smith Ready to Walk Away From Her Marriage to Will Smith?

EXCLUSIVE: Vivica A. Fox Knows Why Jada Pinkett Smith Tried to Cover Up Her Entanglement