When a 15-year-old girl who’s more curious about life than anything else decides to run away to Los Angeles, her life takes a turn that affects everyone, including her neurotic single mom, played by Leslie Mann.

Leslie Mann stars as Margaret Hobart in Little Birds, the coming-of-age tale of finding love and life on the road to Los Angeles.

“You need to talk to someone, kiddo, you need to,” Mann’s character says in this exclusive clip from the film. It’s an emotional conversation between mother and daughter — one neither one wants to have. It’s a conversation about hurting yourself when you should know better.

Juno Temple of Atonement and The Dark Knight Rises fame plays Mann’s daughter, Lily Hobart. She’s young and easily influenced, the worst combination for a girl on the run.

When wild child Lily teams up with her new friend Alison, played by Kay Panabaker of Fame and Moondance Alexander, things become more than a little exciting. In this clip, Mann’s overly worried character must confront her daughter and ask her to get help. Audiences get a glimpse of the acting that took Sundance Film Festival by storm earlier this year, where the film showed to a packed audience.

“I just want to understand why you did it.” 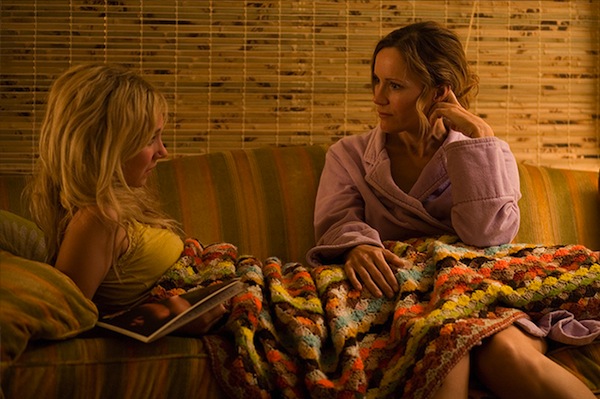 This heart-to-heart shows the void that can happen in a mother-and-daughter relationship and also how the simple act of talking can bring two people closer together. Both actors play it beautifully in this tough moment of finding out just how emotional life can be.