Moving away from friends and into a new home can be hard enough sometimes. But what if you relocated your family, just to put them next to an unfamiliar… species? Welcome to the neighborhood! 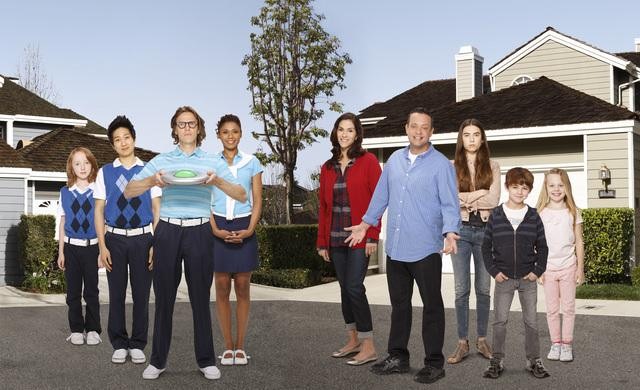 Imagine arriving at your new home, unpacking your moving trucks and being welcomed to the neighborhood with pies. Doesn’t sound so bad, right? Not at all. Until you find out that your odd-but-sweet neighbors next door are… wait for it… aliens. Yup — I said it. Aliens. And not just the ones next door. They’re all aliens! What would you do? Move? Accuse the HOA of withholding crucial information?

Well, not the Weavers. Debbie (Jami Gertz) and Marty (Lenny Venito) just bought a home in Hidden Hills, a gated New Jersey townhouse community. It’s set up with its own golf course and is so exclusive that a house hasn’t gone on the market in 10 years! Sounds fancy, right? So when a house does go up on the market, the Weavers pounce on the opportunity to provide a better life for their kids. 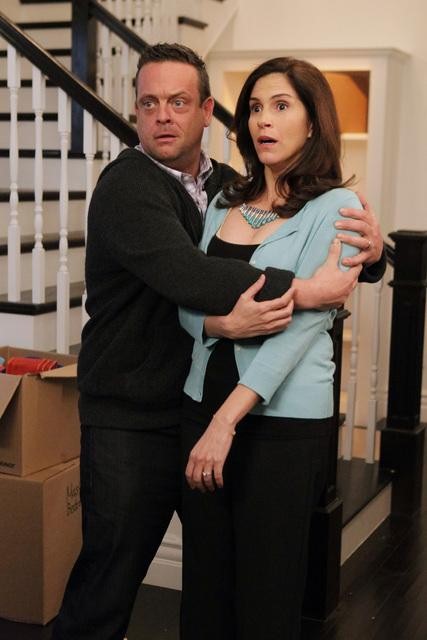 Upon arrival, they can tell their neighbors are a little off. For one, they all have the same names as pro-athletes — Larry Bird, Jackie Joyner-Kersee, Dick Butkis… you get the picture. But it’s during a friendly dinner that the Weavers learn their neighbors receive nourishment through their eyes and mind by reading books, rather than eating (weird!). Not soon after, they discover that all of the “humans” in their exclusive new neighborhood are aliens from Zabvron, a land where men give birth and tears fall from their ears, in the form of green goo (did I say weird?!).

Between all the insanity, there is a sweet moral behind the story. During the 10 years the Zabvronians have been stationed on Earth, they’ve succumb to worldly pressures of marriage and parenthood but have never actually met humans. Likewise, the Weavers have never met aliens (obviously). The two worlds collide, and everyone realizes that they have a lot more in common than they could have ever thought. Who knows, maybe they’ll even teach each other a thing or two about love, life and friendship.

The Neighbors is scheduled to premiere on ABC Wednesday, Sept. 26 at 8:30 p.m. central.

This show is either going to be canceled after the third episode, or be a 10-season hit! If you’re looking for a Suburgatory-esque family fun show for Wednesday nights, than this is it. Plus, we love the cast. The trailer looks entertaining, and TV Guide‘s General Manager Christy Tanner said it had her kids cracking up the whole time, so give it a try!

Check out the trailer and let us know what you think!

Not the show for you? Check out other new series coming this fall!