Gold medal gymnast Gabby Douglas revealed to Oprah that she was bullied by other gymnasts because they were jealous of her awesomeness — but the Olympian definitely got the last laugh. 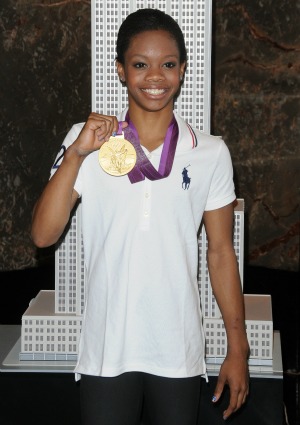 The best revenge is living well, they say — and gymnast Gabby Douglas is getting her just desserts. The Olympic gold medalist says she was bullied by other gymnasts in her past who were jealous of how high she could fly, and possibly tinged with a hint of racism.

Douglas sat down for an interview on Oprah’s Next Chapter and revealed her hardship.

Gabby Douglas gets a glam makeover >>

“I felt I was being bullied and isolated from the group,” the 16-year-old champion said. “Just, they treated me, not how they treated their other teammates.”

“And it was a sense of ‘You’re different and we’re gonna make you feel that way’?” Oprah asked.

Obviously she has the heart of a champion and turned that hate around for motivation. She even managed to get Oprah up on the balance beam!

“I showed her a couple of tricks and I made her get up on the beam and do a scale, so that was fun!” she told Entertainment Tonight.

Later Douglas used her star power to encourage kids from a New York-area YMCA to reach for their dreams too — no matter who or what stands in their way.

“I really wanted to get across just never give up and always keep fighting even if you’re having hard times in whatever sport you do, just always know that all things are possible,” she said. “Don’t be afraid. Just always be courageous.”