Just two weeks after a drunk and naked Randy Travis threatened to kill cops in Texas, the troubled country star is at it again. This time around, a reported drunken brawl at a church landed Randy in the hospital. And it’s not the first time his worship of the bottle got him in trouble outside a house of worship. 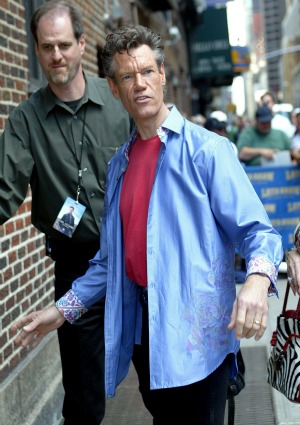 Police in Plano, Texas, are reporting that a “family argument” in a church parking lot sent an “extremely intoxicated” Randy Travis to the hospital early Friday morning.

The brawling country crooner was cited for simple assault and officials told TMZ the 53-year-old was the “primary aggressor.”

It is the star’s second run-in with the cops in about two weeks. Police had to restrain Travis after he drunkenly crashed his car (luckily, no other cars were involved). More perplexing, the singer was completely in the buff and even threatened to kill police during his arrest.

This time around, police report Travis and another man got embroiled in a fight between a husband and a wife outside a church.

When officers responded a little after 1 a.m., they found Travis duking it out (allegedly with the husband) in the parking lot.

He was taken to the hospital, reportedly very drunk, and later cited.

Travis and booze don’t mix, but neither does Travis and churches.

In February, he was arrested for public intoxication outside a church in Sanger, Texas.