The relationship has ended almost as quickly as it began. But was it really a fairy tale romance? 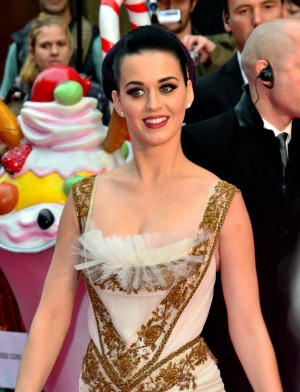 What started out as something so good ended up having a very short shelf-life.

Okay, so maybe John Mayer and Katy Perry’s relationship didn’t start off that great. Mayer, 34, is a notorious womanizer — or at the very least serial-dater. He has been linked to numerous women (most of them famous) in the last few years.

Perry, 27, had just gone through a divorce. Dare we say “rebound”?

So maybe the relationship wasn’t as serious as it was made out to be in the first place.

“They’ll end up as friends,” a source told People. “They were honestly having fun. People made it out to be far more than it was.”

The couple was only linked to each other earlier this summer though. Mayer, who had previously dated Taylor Swift, was embroiled in some awkward moments with her only a few months ago — a conflict that would have probably not happened if both of them had moved on.

But even though the relationship was new, many said the couple acted like they would last for a lot longer than they did.

“They almost acted like they’ve been a couple for a long time,” said the source. “It definitely didn’t seem like a new relationship.”

Perry was also linked to Robert Ackroyd, the guitarist for Florence + the Machine, earlier this year.

Perry’s divorce has only been finalized for a few months. Russell Brand filed for divorce just before the New Year, 2011.

“Sadly, Katy and I are ending our marriage,” he told People at the time. “I’ll always adore her and I know we’ll remain friends.”

A few months later, it was hinted that their age difference may have been the final straw — namely, Brand’s wish for a child and Perry not feeling ready for one.

No matter why Perry and Mayer broke up, we can be assured we will hear about him with a new girlfriend very soon. Perry may wait a little longer to date, but she also never does what anyone would expect of her.