We’ve all heard the saying “Be careful what you wish for, it just might come true… ” but on ABC’s new drama series, 666 Park Avenue, we’re going to get a glimpse at just how bad a wish-come-true can be. 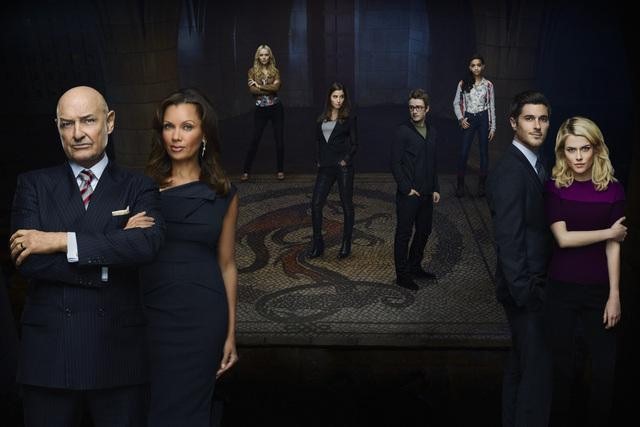 What does your heart desire? Sex? Wealth? Power? Revenge? At the Drake, you can have it all, but what’s the cost for all of your deepest wishes? Your soul… I think I’ll pass, thanks!

In this new series directed by David Wilcox, a young mid-western couple, Jane (Rachael Taylor) and Henry (Dave Annabel), is hired by the mysterious owners (Vanessa Willaims and Terry O’Quinn) to manage The Drake, and moves into the fancy-shmancy apartment building in Manhattan’s Upper East Side. When the couple arrives at 666 Park Avenue, they think all of their dreams have come true (who wouldn’t, living on the Upper East Side?! Hello, have you seen Gossip Girl?!), but they slowly start to realize that their swanky apartment complex houses more than 80 residents — it’s the breeding ground for evil, obsession and manipulation too. Ahh — there’s nothing better than feeling safe at home. Not! In this “devilish” new series, we’ll watch all the mysteries unfold!

Welcome to 666 Park Avenue! The sinfully good times begin Sept. 30, 2012 at 9 p.m. Central, right after the return of Revenge. You might want to watch this one with the lights on…

If you watched (and watched and watched) every trailer for the second season of American Horror Story, and cried when you heard Gossip Girl is nearing its end, than this is the new show for you! It’s goosebumps, sex and the Upper East side all mixed together… doesn’t get much better. Don’t believe us? Check out what other people have to say…

Not convinced yet? Watch the official trailer below!

Check out even more series, coming this fall!

Welcome to the Neighborhood! BTW, it’s filled with aliens