Frankenweenie is taking England by storm! Tim Burton’s latest film has been chosen to open the BFI London Film Festival. It’s the second animated feature in three years to receive the honor. 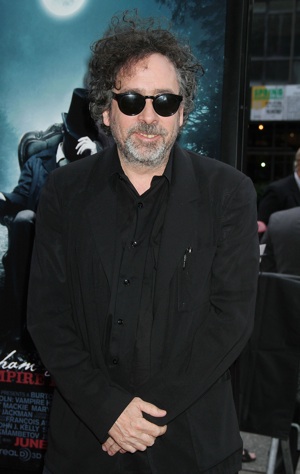 This fall, Tim Burton returns to the world of animation. After The Nightmare Before Christmas (1993) and Corpse Bride (2005) comes Frankeenweenie. It’s a feature-length adaptation of his 1984 short of the same name.

The film hits U.S. theaters Oct. 5, and will make its British debut Oct. 17. But the folks attending the 56th annual London Film Festival will get first dibs at its U.K. premiere. The 3D stop-motion feature will open the film festival, which runs from Oct. 10-21.

The British Film Institute’s exhibition and festival director Clare Stewart said, “Frankenweenie is a perfect choice of opener — it’s a film that revels in the magic of movies from one of cinema’s great visionaries. Tim Burton has chosen London as his home city and hundreds of talented British craftspeople have contributed to this production.”

Frankenweenie follows in the stop-motion footsteps of Wes Anderson’s Fantastic Mr. Fox, which opened the London festival back in 2009. The red carpet premiere brought out some huge stars including headliner George Clooney.

The complete lineup for the BFI London Film Festival will be announced Sept. 5. Stay tuned!

Will you be seeing Frankenweenie this fall?