Kevin Hart is tapped to host the 2012 MTV Video Music Awards. Will he make a good host? Our view? Yep! 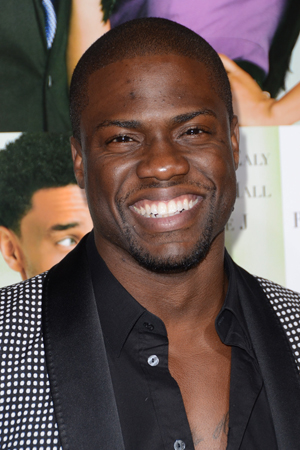 It’s good to be Kevin Hart: The comedian is set to continue his run at the top of the comedy world when he hosts the 2012 MTV Video Music Awards on September 6. Yep, the star of the comedy Think Like a Man is achieving his dreams — and he thinks he’s getting funnier, too.

Lady Gaga shut out of VMAs >>

“My experiences in life are getting bigger and better. The more stuff I do, the more stuff I talk about — having kids, traveling, going through relationship problems, dealing with things in my own family. All that stuff builds character. It’s allowed me to separate myself from the pack,” he told The Chicago Tribune earlier this year. “…At the end of the day, I want to be part of the same conversation as Chris Rock, Eddie Murphy, Dave Chappelle, Bill Cosby and Richard Pryor.”

MTV pretty much guaranteed that they’ll get high ratings by tapping Hart as host. Why do we think he’ll be one of the more memorable hosts of the show? It’s simple: He’s funny. But, there’s more than that.

4 Potentially awkward things that could happen at the VMAs >>

We’ve all cringed as awards show hosts try — and fail — to get laughs from the star-studded audience. Hart won’t have that problem: He has a lot of celebrity friends, ranging from actors to athletes — and they all love his comedy.

MTV typically targets teens and twentysomethings with their programming, but they need to attract an audience that skews a bit older to keep those advertising dollars rolling in. Hart can help bring in those older comedy fans to the show while still keeping the interest of younger fans. Plus, Justin Bieber is a huge Hart fan and Beliebers pretty much do whatever he wants them to.

We’ve already seen the funny promos for the MTV VMAs featuring Kim Kardashian, Kanye West and Taylor Swift and we’re expecting more during the show. Hart’s not too political or offensive — unlike previous hosts like Russell Brand — so he won’t alienate the audience during the show, either.

We’re pumped to see if Hart can breathe some new life into the VMAs. Only a few more days.