Everyone loves an underdog story, and Carly Rae Jepsen’s may be just that. Jepsen came in third place in her season of Canadian Idol. After the show, she signed to a record label and recorded a new album. Curiosity was released on Valentine’s Day 2012.

“Call Me Maybe” is the breakout hit of the album and has gone to No. 1 in multiple countries.

Jepsen will embark on the Justin Bieber tour that will kick off in September.

Frank Ocean has been in the business for a while, but not under his own name. He has written songs for artists Brandy, Justin Bieber and John Legend.

In 2010, Ocean released some mixtapes and caught the attention of some big names. He then appeared on Jay-Z and Kanye West’s Watch the Throne album.

In July, he released his first full-length album Channel Orange, which debuted at No. 2 on the Billboard 150 chart.

fun. is a band from New York City that is only a few years old, but they started with plenty of built-in fans. Nate Ruess of the band was formerly of indie-rock band The Format. In 2009, the band released their first album, and in 2010 they were signed by Fueled by Ramen, the record label that started the careers of bands like Panic! At the Disco, Fallout Boy, Gym Class Heroes, Paramore and others.

“What Makes You Beautiful”

One Direction is a group that first shot to fame in 2010 after coming in third on the British version of The X Factor. Soon after the show, they signed to Simon Cowell’s record label.

In 2011, they released their first album, Up All Night, and quickly shot up both the U.S. and UK charts. It also became No. 1 in 15 different countries.

Their video for “What Makes You Beautiful” has more than 100 million views on Vevo.

The Wanted are a boy band formed only a few years ago. They released their first album, The Wanted, in July 2010, which has sold 400,000 copies. The album hit as high as No. 4 on the UK album charts, and the single, “All Time Low,” became the No. 1 single in the country.

The group has also been viewed 30 million times on YouTube.

The Wanted is from the United Kingdom, and lived “Friends-style” while in their early days. They have just started bringing their sound across the pond. 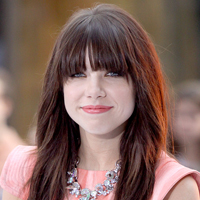 This one is tough because of the amount of talent in this category. But Jepsen will win because you can guarantee the majority of the MTV audience (and a lot of the non-MTV audience) has woken up with “Call Me Maybe” in their heads a minimum of 10 times in the past month. No matter what you think of the song, it is not something you can escape and it may be worth as many votes as she is going to get.

Beyonce Knowles has been in the spotlight almost all her life. When she was only nine years old, she joined Destiny’s Child. The group shared international success over the years, and in 2003 Beyonce decided to branch out.

She released her first solo album Dangerously in Love that year, and earned five Grammy Awards. The album included the song “Crazy in Love” which featured Jay-Z, a rapper who eventually would become her husband.

Beyonce has also been acting in between it all. She was seen in 2002’s Austin Powers in Goldmember, 2003’s The Fighting Temptations and 2006’s Dreamgirls.

Katy Perry grew up in Southern California and has been pursuing a music career since high school. She released two albums before signing with Capitol Records in 2007.

In 2008, she released One of the Boys and the single, “I Kissed a Girl.” The song was her first mainstream hit and her follow-up singles, “Hot and Cold” and “Waking Up Vegas” came later.

In 2008, Perry set out on the Warped Tour, where she was alongside then-boyfriend Travie McCoy, lead singer of Gym Class Heroes. They broke up in 2008, the same year she met Russell Brand. The two eventually married, but were divorced in 2012.

Nicki Minaj was born in 1982 in Trinidad and Tobago, but moved to Queens, New York when she was only 5. When she was in her 20s, Minaj recorded three mixtapes, which earned her a recording contract. In November 2010, her album Pink Friday was released. It eventually went to No. 1 on the Billboard 150 chart and sold a million copies.

According to MTV, she became the first solo female artist to have seven singles on the Billboard 100 chart at the same time.

Minaj is rumored to be joining Mariah Carey as one of the new judges on American Idol.

Barbados native Rihanna, 24, moved to the United States when she was 16 to pursue her singing career. She quickly signed to Def Jam Records and released her debut album Music of the Sun in 2005. She released her next album A Girl like Me less than a year later, which included the single, “SOS.”

To date, she has sold more than 30 million albums worldwide and has more than 100 million digital song downloads. Her latest album, Talk That Talk, was released in November 2011.

Selena Gomez is better known as an actress. The 20-year-old is one of the stars of Disney’s Wizards of Waverly Place, and has also appeared in many movies, including Ramona and Beezus.

Gomez has turned to music and started Selena Gomez & The Scene in 2008. The band has three gold albums and three platinum singles, including, “Love You Like a Love Song.”

The actress and singer is currently dating singer Justin Bieber. 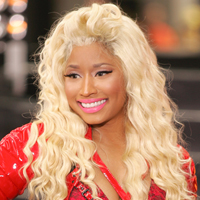 Like most of the categories, there is an immense amount of talent in this category. But for this one, we are going to go with Nicki Minaj. She is the wild card here and had a good year.

While we would hope for Beyonce out of fear Kanye West might take offense again, Minaj offers something a little different for a female category.

“Turn Up the Music”

Chris Brown was raised in Virginia and signed to Jive Records when he was only 15 years old. One year later, he released his self-titled album which quickly became the No. 2 album in the country.

The album sold more than 2 million copies, thanks to the single “Run It!”

Since the album’s release, he has released four other albums, including 2012’s F.A.M.E.

Brown also has ventured into acting, appearing on The O.C., Stomp the Yard and Think Like a Man, among other roles.

Drake is a 25-year-old Canadian singer. He started his career as an actor on Degrassi: The Next Generation, but on the side began releasing mixtapes. The project turned into his full time job and signed to Lil Wayne’s record label.

He released an EP in 2009 which hit the Billboard 150, and then recorded his first full-length studio album in 2010.

Drake has written songs for Alicia Keys and Jamie Foxx, among others. He also played Ethan in Ice Age: Continental Drift.

Frank Ocean has been in the business for a while, but not under his own name. He has written songs for artists like Brandy, Justin Bieber and John Legend.

In 2010, Ocean released some mixtapes and caught the attention of some big names. He then appeared on Jay-Z and Kanye West’s Watch the Throne album.

In July, he released his first full-length album Channel Orange, which debuted at No. 2 on the Billboard 150 chart.

In 2007, Justin Bieber started posting videos of himself singing on YouTube. In a short amount of time, the Canadian singer has more than 10,000,000 views on his covers of artists like Usher, Ne-Yo and Stevie Wonder.

Soon he had a manager and caught the attention of both Usher and Justin Timberlake. He took Usher’s deal and signed to Island Records.

Usher was born in Dallas and raised in Tennessee and learned to sing in the church. According to MTV, he then moved to Atlanta with his family in hopes of finding a more conducive place for a young singer.

When he was only 14, he auditioned for LA Reid, who signed him to a recording contract.

He didn’t make his mark until his second album in 1997. The then-19-year-old singer released My Way that year, featuring the songs “Nice and Slow” and “You Make Me Wanna.”

Usher married his girlfriend in 2007. They were divorced in 2009, and in the summer of 2012, her son was in a boating accident and passed away weeks later. 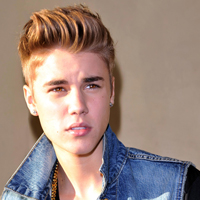 All right for this one, we will give it to Justin Bieber. The singer has millions upon millions of fans, most who bought his album. And his September tour sold out in less than an hour. When it comes to male artists, it could go in any direction. But in terms of the amount of success so far this year, Bieber may win it.

Up next: More Video Music Awards nominees and editors’ picks >>