This movie brings interactive song and dance to a theater near you. Kids in the audience are encouraged by animated butterflies to sing and dance along with the big, plush characters in this toddler-friendly film. 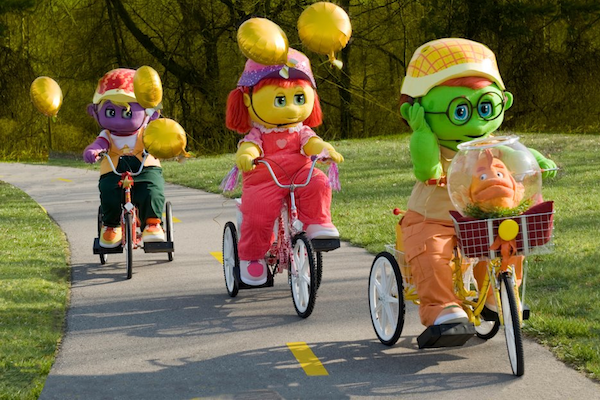 Perfect for toddlers who love to sing and dance.

The Oogiloves are Barney-like characters called Goobie, Zoozie and Toofie. They live in a house together with a magical window named Windy Window (Maya Stange), a lively vacuum cleaner named J. Edgar (Nick Drago) and a pillow named Schluufy (Taras Los) who likes to sleep all day.

Preparing for Schluufy’s birthday party, J. Edgar accidentally loses the last five magic balloons needed for the party. The Oogieloves set off on a journey to find the balloons, and they meet some strange humans along the way. 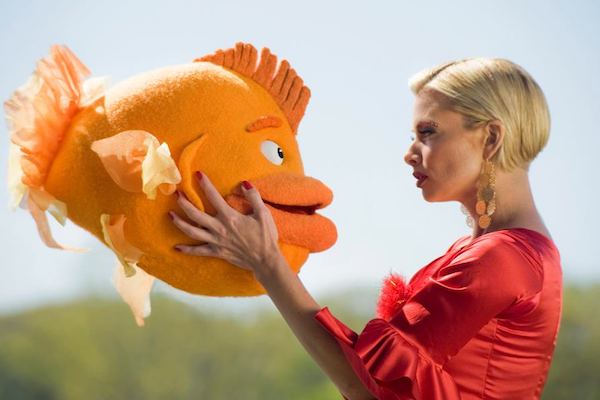 The Oogiloves are created by Kenn Viselman, the man who brought Teletubbies and Thomas the Train to American television. Viselman hopes tots and their moms will enjoy interacting with this movie in the theater.

While the small children in the theater were entertained, the movie doesn’t play on an adult level the way a Pixar film does. Films like Brave or ParaNorman delight both parents and kids, but of course, this is extremely difficult to do and certainly not the filmmakers’ intention. This is kid-fare only and perhaps could work better on the DVD platform. 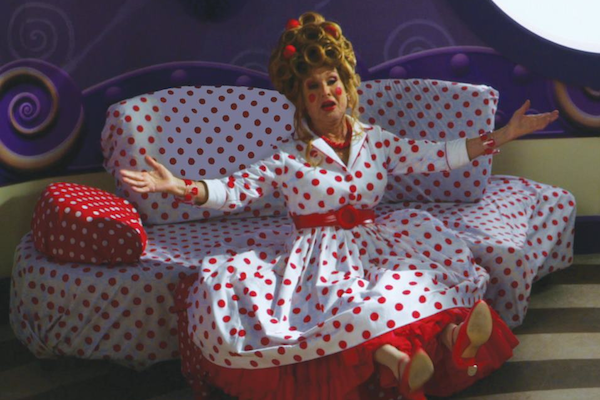 The movie includes cartoonish cameos from actors like Jaime Pressly and Christopher Lloyd, who make an odd couple as Lola and Lero Sombrero. Cary Elwes stands out as Bobby Wobbly, and Toni Braxton sings with the Oogieloves as a rose-obsessed star named Rosalie Rosebud. Cloris Leachman plays Dotty Rounder, sporting one of the worst wigs I’ve seen since Jacob’s hairy beast in Twilight.

Bottom line: If your wee ones love to sing and dance, they’ll enjoy The Oogieloves. The two 3-year-old twins I sat next to said their favorite part was when Toofie’s pants fell down. So there you go.