The former contestant doesn’t know how Carey will judge, but he wants her to know how important it is to just be honest. 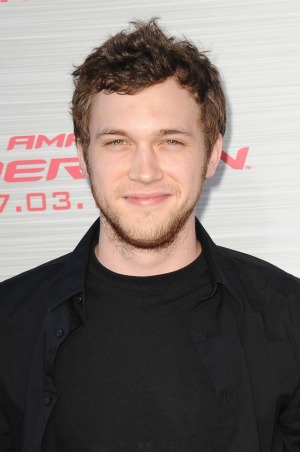 Why does Simon Cowell always have to be right?

Back in July, the former American Idol judge said he felt that Mariah Carey would be too nice to make an effective judge on the show.

“I’m happy for her. I like Mariah. I think she’s going to find it difficult to say no,” he told E! News. “You’ve got to say no to people. And she’s sweet.”

And now Cowell’s comments are being seconded, this time by a former American Idol contestant.

Phillip Phillips, the most recent winner on the show, told MTV that he hopes the judges this season won’t be as nice as they were last season.

Phillips very rarely was given any harsh criticism when he was on the show, leading some to believe he was the judges’ darling the whole time. But Phillips isn’t sure that’s the way it should have been.

“I would say I hope they’re a little more critical,” he told MTV. “Because there were some times when I performed, especially on ‘Time of the Season,’ man, my ears went out, but that’s live television, I can’t just stop the song, so I just pushed through it as best as I could and then they gave me good feedback and I was like, ‘Come on guys, it was horrifying.’ So, I’d like for there to be a little more criticism on the show.”

MTV asked him if he thinks he would win it again, and he is not so sure. Two of the three judges from last season will not be returning this year.

“I don’t know how they judge,” Phillips said to MTV of the new judges. “I’m curious to see how they judge, well, at least Mariah, because I don’t know who else is going to be on there. But if Nicki [Minaj] was on there… she might be very critical, or she might not be.”

And while Phillips is not sure how Carey will judge, he would have listened to every word, because he knows that she knows what she is talking about.