The group played their first show in years, and that was enough for them to decide it’s time to go back to doing what they do best. 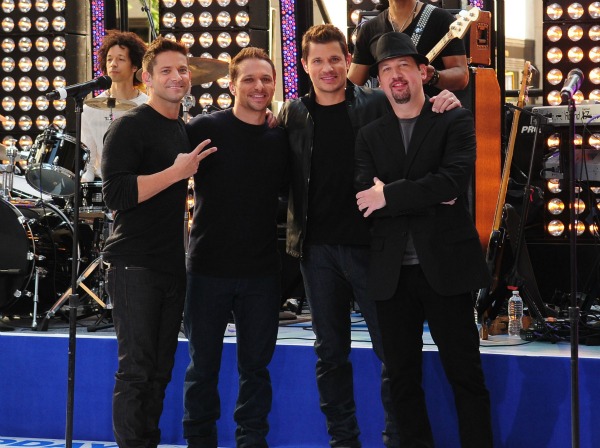 For any girl who grew up in the ’90s, you had your choice: ‘N Sync, Backstreet Boys or 98 Degrees. The boy bands of the decade were a different breed. Since then, the members of 98 Degrees have launched themselves into careers of all kinds.

Justin Jeffre tried out politics, running to be mayor of Cincinnati but losing.

“And Jeff Timmons released a solo album and put on that infamous bowtie for a limited run for a Chippendales male stripper show at RIO Las Vegas,” reported MTV.

But when the group made an announcement that they would be reuniting for one show, the MixTape Festival in Hershey Park, Pa., fans could only hope for more.

98 Degrees turns up the heat on Today >>

And last week 98 Degrees performed on the Today Show, offering even more hope.

“It’s been 11 years since we’ve been on stage together,” Drew Lachey told MTV News. “To get back out there and have fans still singing along, cheering. It was a dream come true.”

After the two shows, the group did decide it was time to reunite, and they thank Jeffre for the move. The singer said he had wanted to get back together for a while and finally convinced the others.

“We’re definitely going to get back into the studio and make some new music,” said Drew Lachey. “The next couple of months are kind of busy for us on different levels, but we are going to get in the studio and start making new music and see where the creative process takes us and then we will see what 2013 holds in store for us.”

His brother is expecting a child with Minnillo, due any day. But nothing will stop the group from their new mission.

“We are listening to songs, writing songs, so hopefully in the next couple of months,” said Drew. “Nick has this one little thing he has to take care of, but once he gets that out of the way.”