Troubled Teen Mom star Amber Portwood is in prison for five years, so she opted to hand over full custody to on-again, off-again boyfriend Gary Shirley. 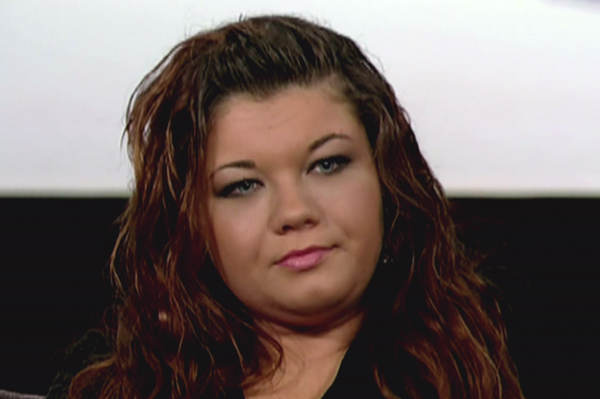 Amber Portwood won’t be able to take care of her daughter for the foreseeable future, thanks to her five-year prison sentence. We all wondered what she’d do about custody of her daughter Leah — and now we know, thanks to Tuesday night’s epsiode of Teen Mom.

Portwood, 22, signed over full custody rights to on-again, off-again boyfriend Gary Shirley as the cameras rolled. Granted, Portwood still wasn’t in the right frame of mind, but it was a step in the right direction. However, Portwood and Shirley only did it to get Child Protective Services off their backs.

Since filming, Portwood has started serving time for lying to a Madison County, Ind., judge about her drug use. She decided to go for the prison term instead of finishing her court-mandated rehab because she figured she’d end up in prison anyway.

“In my situation, I felt [that being] in the program, there were a lot of eyes on me. And it was uncomfortable,” Portwood told E! Online. She said her fame had worsened her addiction problems. “I was not using my anti-psych medication, even,” Portwood said.

The reality star couldn’t get a handle on her addiction because she wasn’t in charge of her body, addiction specialist Dr. Karen Khaleghi told SheKnows in June.

“An addict is not in the driver’s seat of their life — addiction is,” the Creative Care Malibu addiction specialist said. “They’re not actively sitting down and going through their decisions and weighing out the pluses and minuses of what they do in their lives.”

Will she beat it once and for all in prison? Maybe, but she has to actively work on it.

“She can expect hard knocks, that’s for sure,” Khaleghi said. “But if it’s just hard knocks, and she doesn’t understand how she got to the place emotionally that drives her addiction in the face of all rational things, she will continue to use.”