From movie star to talk show host to documentary film maker, Ricki Lake has covered nearly every aspect of the entertainment biz. On the cusp of returning to television, the actress steps into our star spotlight! 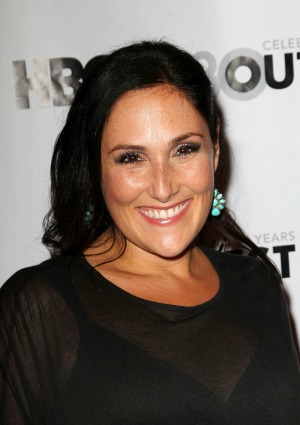 Ricki Lake is a shining example of longevity in a fickle business. She started her career in movies and kept up roles as she segued into television, moved into documentary film making, wrote a book and launched a website — all while raising a family. Now, the newlywed is heading back to the small screen with a new syndicated talk show with a much more sophisticated bent than anything she’s ever done before.

Lake burst into public consciousness as Tracy Turnblad, the starring role in the original John Waters musical Hairspray. Also starring Sonny Bono, Debbie Harry, Jerry Stiller and Divine, the flick became a cult classic, spawning both a Broadway musical and a 2007 remake. Waters loved the actress and cast her in several other of his films, including Cry-Baby with Johnny Depp, Cecil B. Demented with Melanie Griffith and Serial Mom with Kathleen Turner.

Her first talk show, Ricki Lake, brought her into living rooms every day for over a decade. The sometimes salacious show made her both a household name and a pop culture reference: The program is mentioned in no less than nine songs, including “I Love Work” by Butterfingers, “Strong” by Robbie Williams, “Hole in the Head” by Sugababes, “Little White Lie” by Tanya Stephens, “Life’s a Bitch” by Shooter, “Till the World Ends (Femme Fatale Remix)” by Britney Spears featuring Ke$ha and Nicki Minaj, “Dating Game” by Insane Clown Posse, “Pretty Fly (For a White Guy)” by The Offspring and “Exhibit Based” by Lil B.

Reality TV came calling in 2009 when Lake acted as head-mistress of Charm School, then took third place on season 13 of Dancing with the Stars in 2011 — an experience she said left her 20 pounds lighter.

With roles on some of the favorite shows of TV viewers, including Kate & Allie, China Beach, The King of Queens, King of the Hill and Drop Dead Diva, Lake has maintained her place in the public eye — but it was her prowess as a documentary film maker that has really made fans take another look at the star. The Business of Being Born broke down and criticized the American health care system and its emphasis on drugs and medical procedures during birth as time savers. Sharing footage of her own home birth, Lake became a hero of sorts for natural childbirth proponents. She launched MyBestBirth.com with Abby Epstein, a coauthor of her book Your Best Birth, as a social network allowing parents and medical professionals to discuss natural options for birthing and childcare.

Now Lake is making another bid for television talk show success, this time with a more sophisticated, grown-up offering. Premiering September 10, 2012 in syndication, The Ricki Lake Show will “present topical conversation reflecting Ricki’s own personal journey and recent life experiences. As her fans have grown up with Ricki, a combination of relevant themes personal to the host and her audience including family, marriage, parenting, divorce, weight loss and overall well-being are being explored for the program,” according to a release from 20th Television.

Her first talk show ran for 11 years and, with a little luck, her new venture will last even longer.