Do Justin Timberlake and Jessica Biel long for a simpler life? They’re selling one piece of property in New York City. 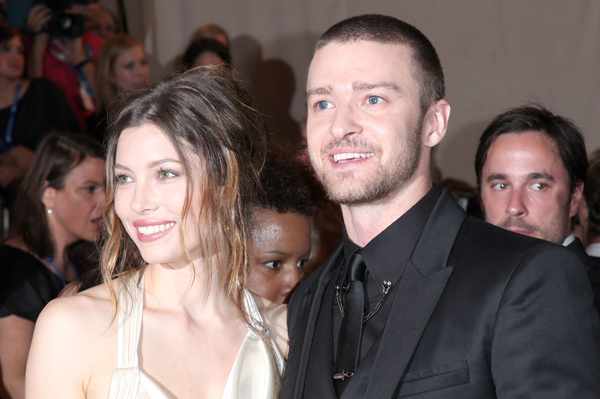 Jessica Biel and Justin Timberlake might not be married yet, but they are trying to divorce. Divorce themselves from some property, that is. The acting pair is looking to unload Timberlake’s Soho penthouse at 311 West Broadway, according to Trulia, the real estate agency handling the property. The former *NSYNC lead singer purchased the abode in 2010 for a staggering $6.56 million and has listed it at $7.65 million.

Not a bad return on a two-year investment, if he can get the asking price.

The penthouse “features 3 bedrooms, 3.5 baths, a gas-burning fireplace, and a large, private, set-back wrap terrace,” according to Trulia. “A dramatic glass curtain wall and 10’2″ high ceiling offer unparalleled light and stunning views of Soho and the Empire State Building.”

It looks pretty amazing, judging from the photos.

We have to wonder why they’re getting rid of the place. Maybe they’re buying a place with room for kiddos? Biel recently revealed she wants to raise a family in the same place where she grew up.

“I would like those future little people to have the [same] experience that I had,” she told InStyle in a new interview. “I love Colorado. I’ve always thought that could be a possibility for me.”

She added that she looks to her parents as an example of how to have a successful marriage.

“The best thing I learned from [my parents] is that you have to put your relationship first,” she added. “It is really easy to let that go by the wayside. It’s easy to say, ‘Hey. I’ll see you later. I love you.’ And you can’t do that.”