Earlier this summer, authorities took the big step of changing Natalie Wood’s death from “accidental drowning” to “undetermined.” Now more changes to the case are surfacing, and seemingly confirm police suspicions about the West Side Story star’s death at age 43. 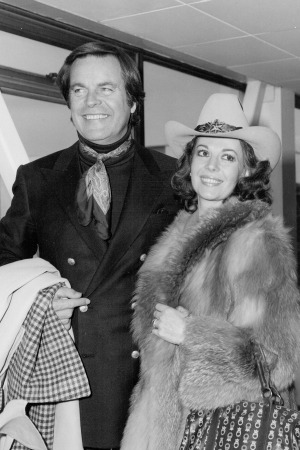 On the heels of the Los Angeles County Coroner’s office changing Natalie Wood’s cause of death from “accidental” to “undetermined,” more changes are coming to light, courtesy of the Associated Press, who also launched an investigation into Marilyn Monroe’s last days — to coincide with the 50th anniversary of her death.

By way of Wood’s death certificate, obtained by the AP Tuesday, the actress is no longer the victim of accidental drowning but of “drowning and other undetermined factors.”

In addition, the AP reports the document also states “that the circumstances of how Wood ended up in the waters off Catalina Island in November 1981 are ‘not clearly established.'”

Wood was found in the Pacific Ocean off Southern California in late November 1981, and conflicting accounts of what happened to the legendary child star have set tongues wagging from the start.

Apparently, the last people to see Wood alive were her actor-husband Robert Wagner and their friend (and fellow actor) Christopher Walken.

Authorities have said both actors are not suspects in the case, which was reopened late last year after the captain of the boat where Wood died, Dennis Davern, revealed to 48 Hours Mystery and Today that Wood and Wagner had fought shortly before her death.

Chief of Detectives William McSweeney really raised more questions by declining to go into further details and noting, via the AP, “We don’t close these cases. These cases have active periods and more passive periods. We’re moving toward the end of an active period.”