Finnick Odair finally has a face and it’s Sam Claflin. The actor has snagged one of the most popular roles in The Hunger Games series. He’ll be joining Jennifer Lawrence and Josh Hutcherson in the 2013 sequel, Catching Fire. 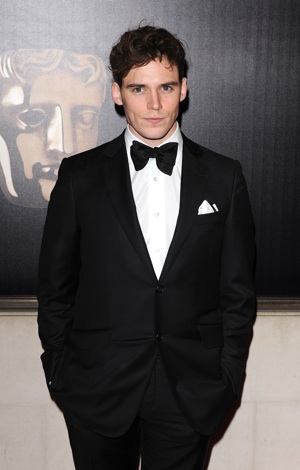 After months of waiting, The Hunger Games: Catching Fire has cast Finnick. We haven’t seen a search of this magnitude since Twilight‘s Edward Cullen. British up-and-comer Sam Claflin has landed the coveted role.

Earlier this summer, Claflin was originally rumored for the part but nothing was confirmed. After weighing their options, the producers must have realized he was a perfect fit. Finnick Odair is a favorite among Hunger Games fans and has been one of the most anticipated additions to the cast.

Kristen Stewart has found her prince! >>

Finnick is a former Hunger Games champion (from District 4), whose charm and good looks have made him a celebrity in Panem. He initially won the Games at the tender age of 14.

Now, Finnick and fellow winner Katniss Everdeen (Jennifer Lawrence), are forced to participate in another death match for the 75th Annual Hunger Games aka The Quarter Quell. It’s when the best of the best compete to become the ultimate champion.

Over the past couple years, Claflin’s made a splash on the big screen with major blockbusters. In 2011, he appeared in Pirates of the Caribbean: On Stranger Tides. And last June, he starred as the Prince opposite Kristen Stewart in Snow White and the Huntsman.

What do you think of Claflin as Finnick Odair?