Just days after the death of his brother, Ridley Scott is back in LA to mourn and be with his family. 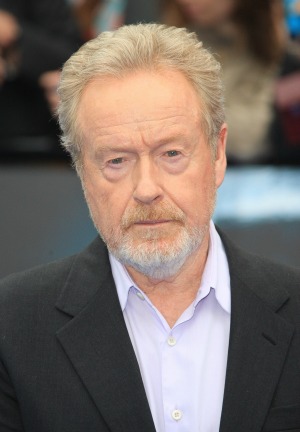 Sunday afternoon, Hollywood director Tony Scott apparently committed suicide by jumping off a bridge in Los Angeles. The 68-year-old was the force behind Top Gun, Beverly Hills Cop II and Enemy of the State.

Authorities recovered Scott’s body four hours later, after using sonar to spot it in the water.

Brother Ridley Scott has reportedly arrived in Los Angeles. According to E! News, he had been in London filming his new movie, The Counselor.

“[He] was seen stopping at their shared West Hollywood office today around 10:30 a.m. in a Toyota Prius,” said E! “An eyewitness tells us that Ridley, who arrived alone, stayed at the office until around 2 p.m. and understandably looked like he had a lot on his mind.”

Ridley Scott announced yesterday he would be postponing The Counselor and flying home to be with his family during this time.

The family is reportedly working on arrangements for Tony Scott, but no funeral or other memorial has been announced.

ABC News reported on Monday that Tony Scott was suffering from an inoperable brain tumor, but that was later found to not be true.

“As well, Chief Coroner Craig Harvey [said] that the autopsy showed no obvious signs of brain cancer, though further postmortem tests will determine if there were microscopic signs that may have been too early for a physician to detect,” said E! News.

Ridley Scott’s movie The Counselor stars Brad Pitt, Michael Fassbender, Cameron Diaz and Javier Bardem, among others. According to the Internet Movie Database, the movie is about “a lawyer [who] finds himself in over his head when he gets involved in drug trafficking.”