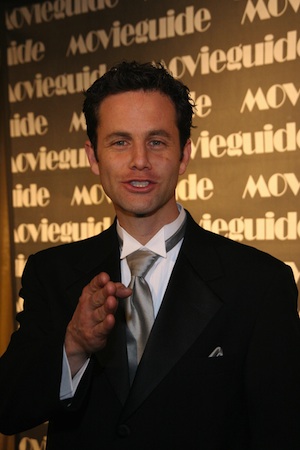 Not surprisingly, Kirk Cameron decided to insert himself into the controversy that surrounds U.S. Rep. Todd Akin of Missouri. Cameron believes the public’s outrage at Todd Akin is misguided and excessive.

“I watched through the whole thing last night, and he clearly is pro-life, and for that, I respect him,” Cameron said to CNN. Cameron continued, “He said that he misspoke and that he misphrased something and he apologized, and I’m the kind of person that believes that I would like to be evaluated by my entire career and my entire life, not two words that I would misspeak and then later apologize for.”

Cameron also says that he feels Akin’s pro-life message was the most important part of the controversial comments. “Rape is rape,” Cameron said to Soledad O’Brien on Starting Point. “Nobody is going to with — with any kind of rape. And again, by watching the entire video, I get the sense that there is a guy who is defending life, and he wants to go to all lengths he can to protect the life of the unborn. And I think that’s the message that comes through when I watch his video.”

Akin has since apologized for his comments, but many — including in Akin’s own party — feel that it would be best for him to withdraw his bid for the U.S. Senate.

“Rape is an evil act; I used the wrong words in the wrong way. And for that, I apologize,” said Akin in a Tuesday advertisement. “As the father of two daughters, I want tough justice for predators, have a compassionate heart for victims of sexual assault, and I pray for them. Fact is, rape could lead to pregnancy; the truth is, rape has many victims. The mistake I made was in the words I said, not in the heart I hold. I ask for your forgiveness.”

Kirk Cameron hated by nearly all of Hollywood >>

Akin has said he will not remove himself from the race for U.S. Senate. He told Dana Loesch — a conservative radio host — that he is confident he can still win. “I’m in this race for the long haul, and we’re going to win it,” Akin said.

You can check out Kirk Cameron’s full interview on CNN below.

Photo courtesy of Rachel Worth / WENN.com