The couple met when Kroeger set out to help Lavigne with a new song on her album. They have done a very good job of keeping the relationship a secret. 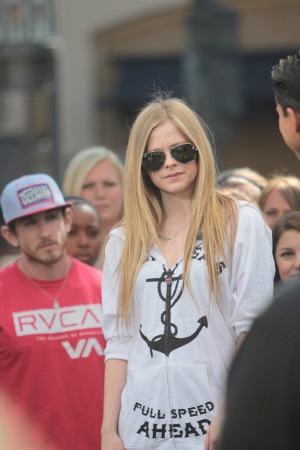 When Avril Lavigne and Nickelback‘s Chad Kroeger started dating around six months ago, they let very few people in on the news.

But now, they have decided to make it official and are ready to tell the whole world.

A rep for Lavigne today told People that the two Canadians are set to be married.

It may seem like an odd pairing, but the two do have a lot in common. They are both Canadian rock singers, and Lavigne has shown a preference for singers before — her first husband was Deryck Whibley, lead singer of the band Sum 41.

“Lavigne, 27, and Kroeger, 37, first got together in February to co-write a song for Lavigne’s upcoming fifth studio album,” said People.

A friend of Lavigne’s also told People that “A romantic relationship blossomed as they spent time writing together.”

Just as the couple kept their relationship quiet, they apparently kept their engagement quiet for as long as they could.

Lavigne has been divorced from Whibley since 2009, and it was less than a year ago that she was dating Brody Jenner.

“He makes her so happy,” a family source said of Kroeger, according to People. “Both of their families could not be more excited.”

This will be Kroeger’s first marriage.

On Sunday, Lavigne announced that she was finally done with her new album. She had also worked with Evanescence member David Hodges on the new album, which is set to be released sometime this year.

Nickelback recently released their video for the song “Trying Not to Love You.” The video stars Seinfeld’s Jason Alexander. The song is from their 2011 album, Here and Now.

The couple have not yet made their own announcement of the engagement, nor have they announced a wedding date.