Since Jimmy Fallon announced he would not be hosting the Oscars, people are wondering who will. Alec Baldwin tells Jerry Seinfeld it should be him. 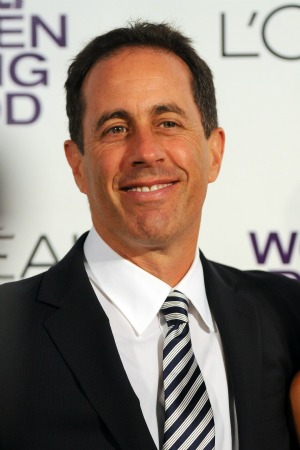 Jimmy Fallon was rumored to be the Oscars host for the 2013 awards until a few days ago, with Lorne Michaels producing.

But Fallon said this just wasn’t the right year for him to be the host.

“I’m not gonna do the Oscars,” he told Matt Lauer during the Olympics. “I was honored to be asked by the Academy, but it’s not my year.” There had also been rumors that ABC did not want him to host, since he is the star of an NBC TV show.

So that leaves two prime positions open for the awards.

Jerry Seinfeld seems like he could be an obvious choice, and a friend brought it up on the comedian’s new web series.

“In a new episode of Jerry Seinfeld’s web series Comedians in Cars Getting Coffee, guest Alec Baldwin asks Seinfeld what it would take to get the beloved personality and never-before-Oscar-host up on that Kodak Theater stage,” said Julie Miller with Vanity Fair.

The series is something of a new concept. As the title says, Seinfeld and another comedian get coffee in one of Seinfeld’s cars.

“The exchange occurred as the pair took a break from trading Burt Lancaster stories and anecdotes about growing up in Massapequa, New York,” said Miller.

In the conversation, Baldwin asks: “If I produced the Oscars, would you host it?”

Seinfeld responded by saying he would, but only if Baldwin was hosting and only if they could talk to each other during the show.

Baldwin said, “I’ll be recording the broadcast,” to which Seinfeld replied, “Sure.”

The conversation sounds like a hypothetical one, but it really might not be a bad idea. With Baldwin producing and Seinfeld hosting, chances are people would watch just to see what would happen.

Either way, the Academy will hopefully be making a decision soon on who the host will actually be.