The VMAs always go all out, and this year is no different. Today MTV announced that six of the biggest stars in America will be at the ceremony on Sept. 6. 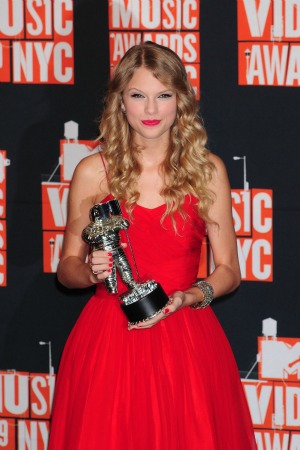 The Video Music Awards on MTV is always one of the premier places for new music and artist performances. It looks like this year will be no different.

Today, the network announced that Taylor Swift will be performing a song from her new album, Red, at the Sept. 6 ceremony. She has not said which song she will be playing off the album, but if it’s her new song “We Are Never Ever Getting Back Together,” hopefully she will give us some insight into whom the song is actually about.

Swift will be far from alone at the awards. On top of all the announcers and presenters already announced, MTV also announced the “Fierce Five” will be joining the party.

The awards, which will hosted by comedian Kevin Hart, will air live from the Staples Center in Los Angeles.

Swift recorded a video for MTV’s website about her 2009 performance at the VMAs and why she is so excited to perform again this year.

“It was a crazy night in general for a lot of reasons and my performance came at a really interesting time, so I definitely knew I wanted to nail it,” she said.

No matter which song she chooses from her new album, this will be the first time she will play it live.

Other presenters at the awards include Miley Cyrus, Wiz Khalifa and Mac Miller, and Green Day, Alicia Keys, Pink and One Direction are among those on the list of performers.

Katy Perry, Gotye, Rihanna, Drake and M.I.A. will compete for the coveted Video of the Year award. Drake and Rihanna lead the pack of overall nominations. They are each up for five of the awards.