Donald Trump has nearly killed his long-time nemesis Rosie O’Donnell with a few words of kindness after her heart attack. Perhaps there’s hope for world peace at last with the beauty pageant owner leading the way! 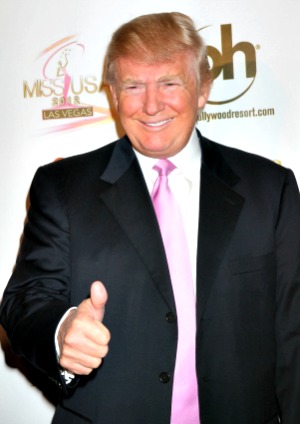 Rosie O’Donnell‘s heart attack reveal Monday brought well-wishes pouring in from fans and friends alike. No one, however, expected long-time archrival Donald Trump to extend an olive branch of support!

Shocked the mogul would spare a few nice words for the woman he’s been known to refer to as a “pig” and a “degenerate” among other insults? She was too.

Replying to Donald Trump, TMZ reports Rosie O’Donnel wrote, “well thank u donald – i must admit ur post was a bit of a shock … r u trying to kill me ? xx”

How a commercial saved Rosie O’Donnell during a heart attack >>

The 50-year-old comedienne is still recovering after suffering a “widow-maker” heart attack last week and undergoing surgery to have a stent put in.

Taking it easy while she recovers, Rosie O’Donnell tweeted Tuesday, “Good morning all – thanks for all the good wishes !!! Happy – grateful” She later added, “Listening to Barry Manilow – painting – feeling good -.”

Though this celebrity feud dates back to at least 2006, it was late last year the pair exchanged a few rounds of insults on Twitter over news of Rosie O’Donnell’s engagement to Michelle Rounds. “I feel sorry for Rosie‘s new partner in love whose parents are devastated at the thought of their daughter being with @Rosie–a true loser,” Donald Trump ranted.

“wow u r an a**… in every way,” she shot back, linking to a Time magazine special titled “Top 10 Donald Trump Failures.”

Do you believe Donald Trump and Rosie O’Donnell have mended ties for good?