Dick Van Dyke is one of a kind. He’s a multi-talented performer who’s been in Hollywood for over 50 years. Now, his peers at the Screen Actors Guild are giving him their highest honor — the Lifetime Achievement Award. 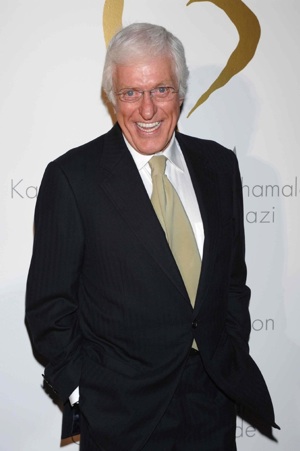 Van Dyke’s selection comes right on the heels of his former co-star Mary Tyler Moore, who received the award at this year’s ceremony. Over the course of his career, Van Dyke has scored five Primetime Emmy Awards, a Tony and a Grammy.

Van Dyke has worked in every part of the business. After an early stint as a daytime talk show host, he tackled morning television before landing his big break.

In 1959, he made his Broadway debut in the comedy revue The Boys Against the Girls. That gig opened doors for the stage production of Bye Bye Birdie, which would go on to become a hit movie.

A few years later he became a TV pioneer with his sitcom The Dick Van Dyke Show. It ran for five seasons and earned 15 Primetime Emmys. During that time he moonlighted on the big screen alongside Julie Andrews in Disney’s Mary Poppins.

With a resume like that, it’s obvious why the Guild chose him. SAG President Ken Howard described Van Dyke as “the consummate entertainer — an enormously talented performer whose work has crossed nearly every major category of entertainment.”

Will you be tuning in for Dick Van Dyke’s tribute?