Wayne Brady took to Facebook on Friday to apologize for a joke he made during the roast of Roseanne Barr on Comedy Central. 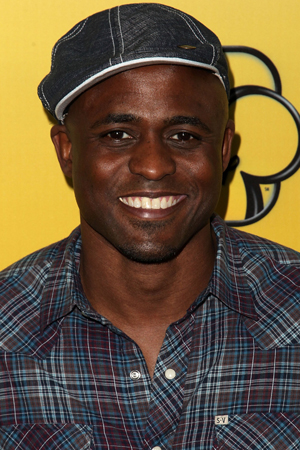 “Now the thing is, Jeff, these are all jokes, and I really like you. I really, really like you,” he said to Ross. “But a lot of people hate you, especially Sarah Palin because you remind her of what Trig is going to look like when he’s 40.”

Is Wayne Brady gonna have to slap a Bill Maher? >>

Naturally, this upset the families of people with Down syndrome. One father even wrote an open letter to the comedian on his blog. Did it work? It must have, because the Who’s Line is it Anyway? host posted a lengthy apology on his Facebook page.

This letter has taken me a few days to compose because of the conflicting emotions that I’ve experienced since the day of the Roast and it’s subsequent airing. The environment of the Roast is a comedic (hopefully), tasteless (mostly always), affair that encourages everyone to out-filth each other. Not normally what I’m known for, right? But, when I was invited, I jumped at the chance to play outside of my perceived “norm” and have fun. The Jeff joke was written for me and at the end of the day I take full responsibility for saying it. It wasn’t meant as a slam to Trig and at the time I didn’t see it that way.

I could defend it as a performer, but I would rather apologize from the bottom of my heart as a father. I understand how a parent, who loves their child, who tries to nurture and shield them when they cannot defend themselves, would take offense.. I have many times experienced this feeling. I’ve had awful things said about my daughter.. Violent and most times racial stabs. Being in the spotlight I have built a thick skin to these sorts of things. My daughter ( who’s now old enough to understand ) is another story. That being said I write this letter with sensitivity and a strong stance of responsibility for my actions.

I thank everyone who’s expressed their opinion for reminding me that my voice is heard… It’s easy to forget sometimes in front of cameras and lights.

To the Palins, please know that no malice or harm was meant. To the other families who were touched negatively, I hope you’ll be able to accept this apology as well.

I’ve always said that people in the public eye should be held responsible for what you say and I’m no hypocrite. Thanks for reading and letting me express my side.

Brady does seem very sincere in his apology. Everyone makes mistakes — some worse than others — and we’re willing to give him another chance. The question is: Will the families of those with Down syndrome accept his apology?